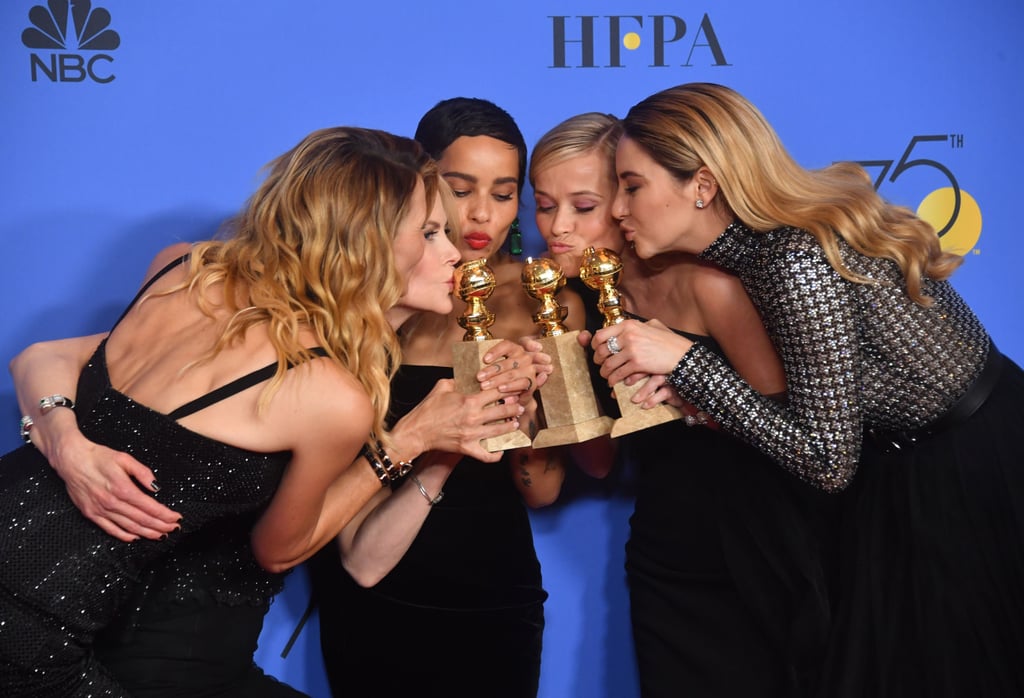 We still may not have an official release date for season two of Big Little Lies, but the cast's appearance at the Golden Globe Awards should hold us over until then. On Sunday, Reese Witherspoon, Nicole Kidman, Laura Dern, Shailene Woodley, and Zoë Kravitz all arrived in style at the star-studded ceremony in LA. The cast wore all black as a symbol of protest against sexual harassment in the industry. Not only did Big Little Lies win the award for best limited series or TV movie, but Nicole and Laura also took home trophies of their own. Following the ceremony, the ladies got silly inside the press room before heading to HBO's afterparty to celebrate their win! Hopefully this means we'll be seeing a lot more of them throughout award season.