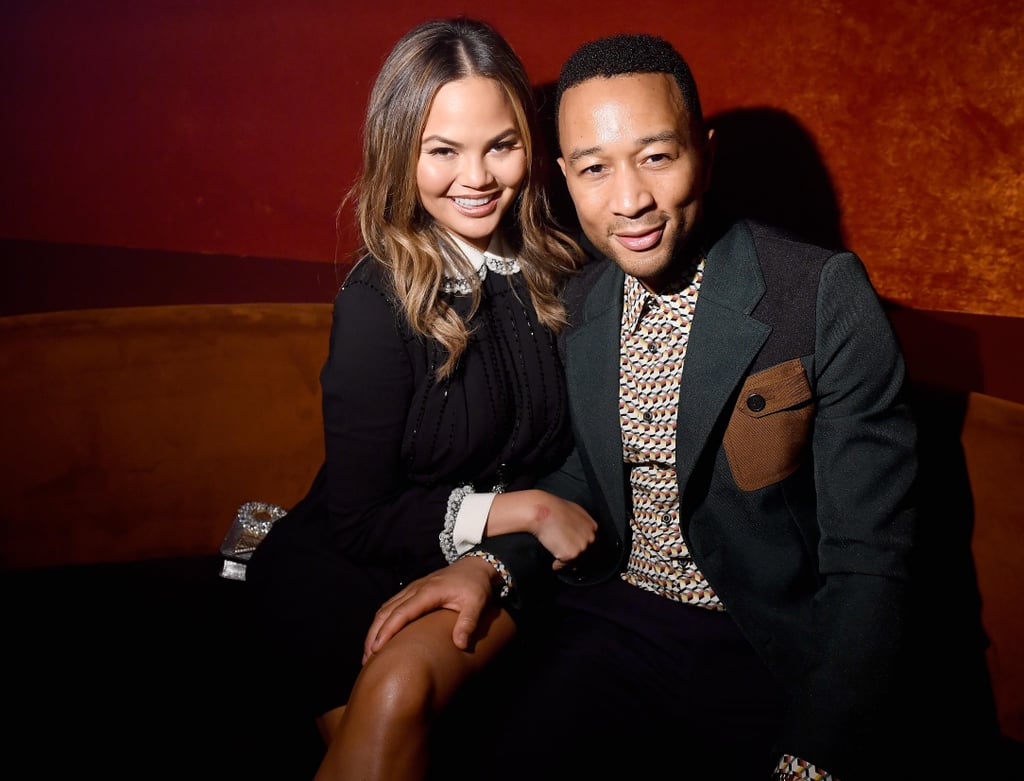 Have we mentioned lately how much we love Chrissy Teigen and John Legend's relationship? The 2018 Emmy nominations dropped on Thursday, and unsurprisingly NBC's wildly successful live production of Jesus Christ Superstar is up for a whopping 13 awards. Also unsurprising is Chrissy's hilarious response to John's nominations. "13 nominations for Jesus Christ Superstar this morning! John got two emmy nominations!" the mother of two wrote. "If he wins, he will complete his EGOT and my spike tv award will probably be moved. But it's ok I AM SO PROUD!" EGOT is an acronym for people who have won an Emmy, Grammy, Oscar, and Tony over the course of their careers, and John is only one award away from obtaining it. While it's certainly a huge honour, it seems like Chrissy's dad wasn't too impressed as she posted his hilarious reaction on Twitter.

Of course, John isn't the only member of the family who got nominated this year. Chrissy's show Lip Sync Battle also got nominated for outstanding structured reality program. "MORE IMPORTANTLY (because it's me) LIP SYNC BATTLE WAS ALSO NOMINATED! 🔨🔌🔩" she wrote. "I cant find the microphone so that is a hammer, plug and bolt." We can't wait to see the couple in full force during the ceremony on September 17.