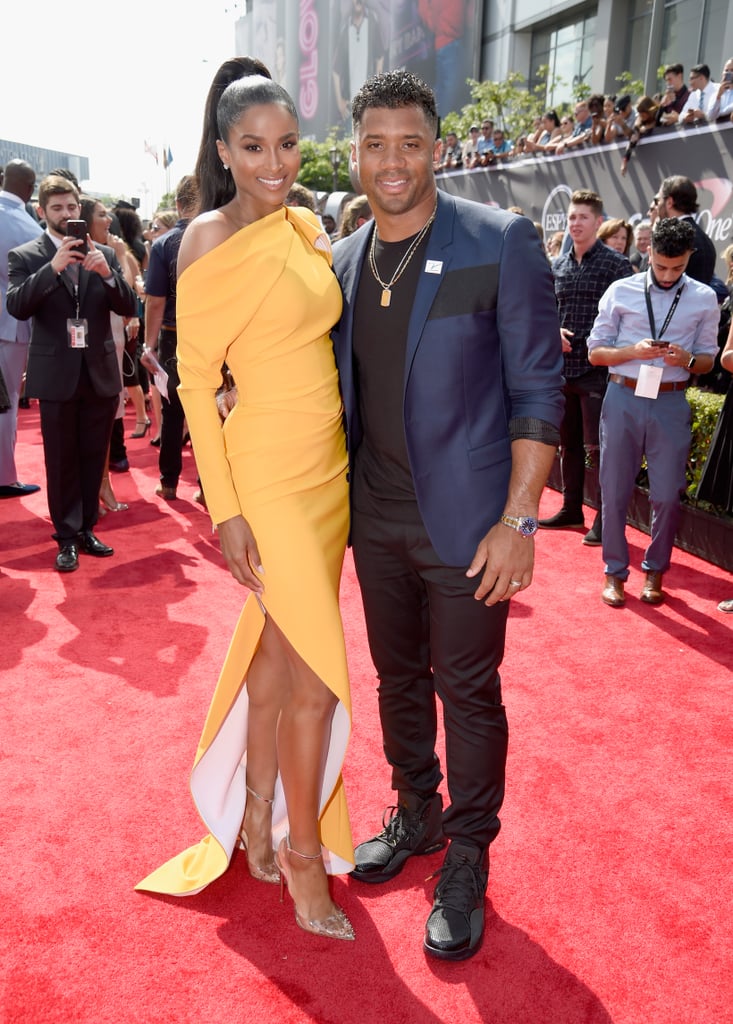 Ciara and Russell Wilson arrived in style to the 2018 ESPY Awards in LA on Wednesday night. The couple nearly set the red carpet on fire as Ciara showed off major leg in a high-slit yellow dress whilst Russell looked dapper in a navy blazer. Ciara and Russell have been regulars at the sports ceremony since they first got together; however, we missed them last year. While Russell is set to present an award tonight, it's also a big night for Ciara, as she's celebrating the release of her new single, "Level Up." As if that weren't enough, the couple also rang in their two-year wedding anniversary on July 6. See photos from their night out ahead.