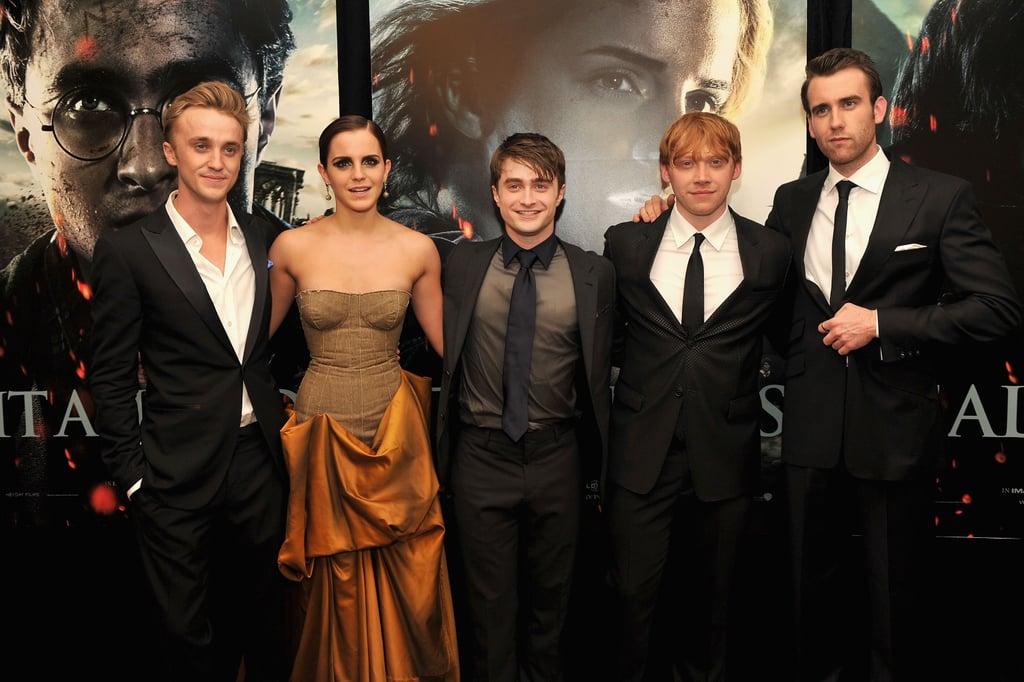 We love it when the Harry Potter cast reunite. Whether it's on the red carpet or just hanging out at the beach, the fact that so many members of the cast have stayed friends after so many years makes us feel warm inside. But we're especially besotted with the sweet friendship between Emma Watson and Tom Felton, especially given that their characters in the Harry Potter series were such fierce rivals. The pair haven't acted together since Harry Potter and the Deathly Hallows — Part 2, but after Emma shared a photo that Tom took of her, and we saw them sharing a sweet, musical moment in South Africa, we are very much here for them getting starring roles in their own film. Their friendship is so adorable that we've taken the opportunity to round up all the times their friendship gave us life. Come on, Hollywood, do your thing and get these two back on screen together.