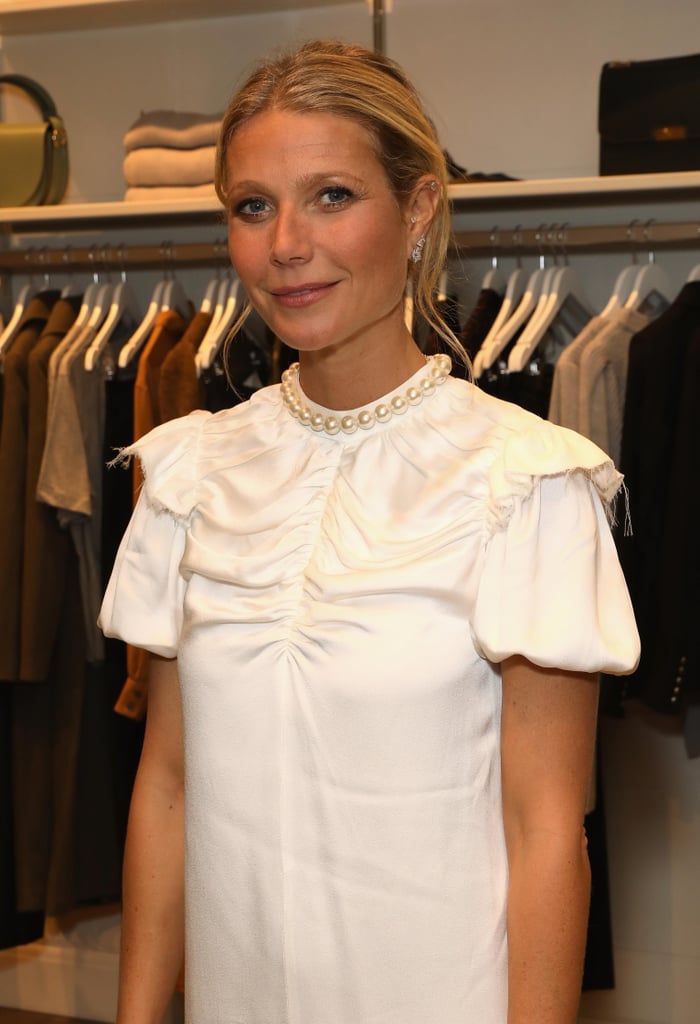 Gwyneth Paltrow made her first public appearance since marrying her beau Brad Falchuk, and naturally, it was at an event for her lifestyle brand, Goop. On Monday, she attended Goop's launch party in Notting Hill in celebration of the brand's 10-year anniversary. She fittingly wore a white ruffled frock dress graced with pearl embellishments with a simple updo. Many of her fellow Hollywood and industry friends also stopped by to partake in the festivities.

Gwyneth looked cheerful as she posed with major designers, including Emilia Wickstead, Christopher Kane, and Valentino Garavani. She also stood alongside one of her good friends Demi Moore for a few cute photo ops. Between marrying her love and expanding her company, Gwyneth seems to be living her best life, and we're totally here for it. View pictures of the newlywed's star-studded party ahead.

Previous Next Start Slideshow
GoopGwyneth Paltrow
Around The Web