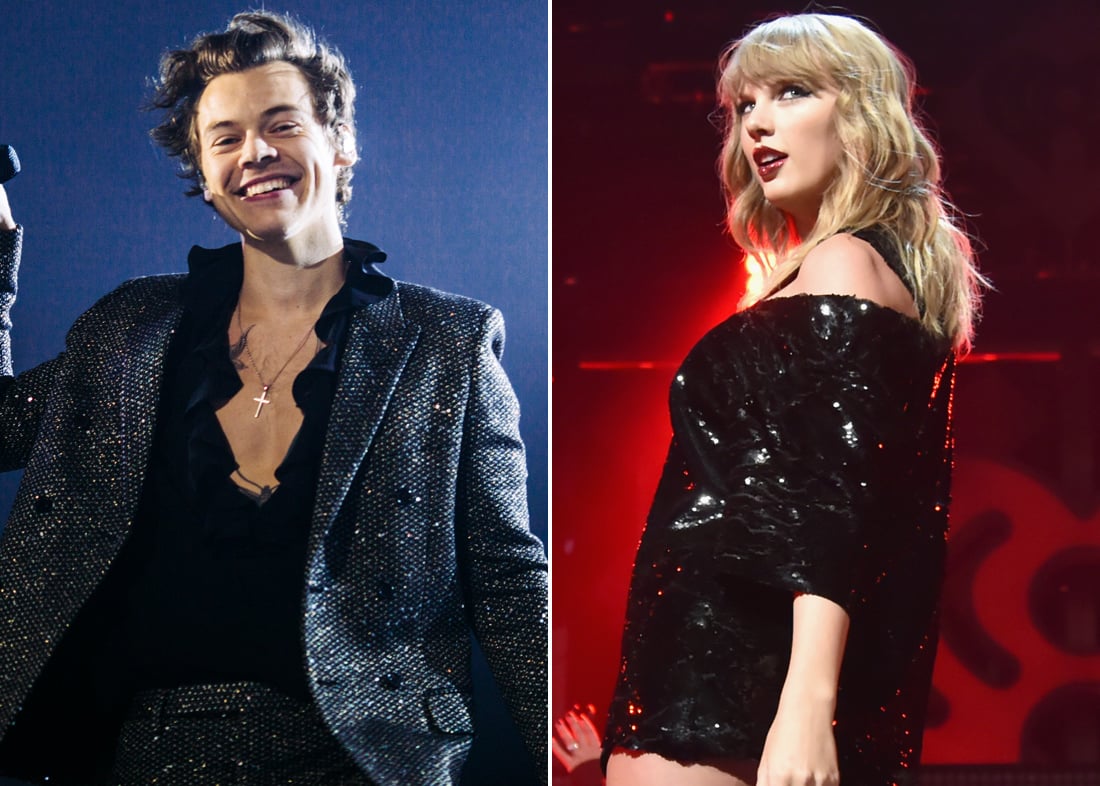 Is Harry Styles taking a page from Taylor Swift's book and "making fun of his exes"? It certainly seems like it. During a concert in Copenhagen, Denmark, on March 18, the English singer sent fans into a frenzy when he made a sly reference to his former flame's hit song "22." While wishing a fan a happy 22nd birthday, he seemingly quoted one of the track's lyrics when he said, "She's 22, okay. I don't know about . . ." before stepping away from the microphone.

The pair only dated from December 2012 to January 2013, but that didn't stop "Haylor" fans from freaking out. Not only did the "shout out to his ex" cause a few high-pitched screams in the audience, but the moment quickly went viral on Twitter. See the moment in full ahead.

Harry wishing a fan a happy birthday in Copenhagen, 18/3 via mileybieber1d pic.twitter.com/kYReXXSLoG

Celebrity Couples
Jennifer Lopez and Ben Affleck Appeared Courtside Together — and Suddenly, It's 2003 All Over Again
by Princess Gabbara 14 hours ago