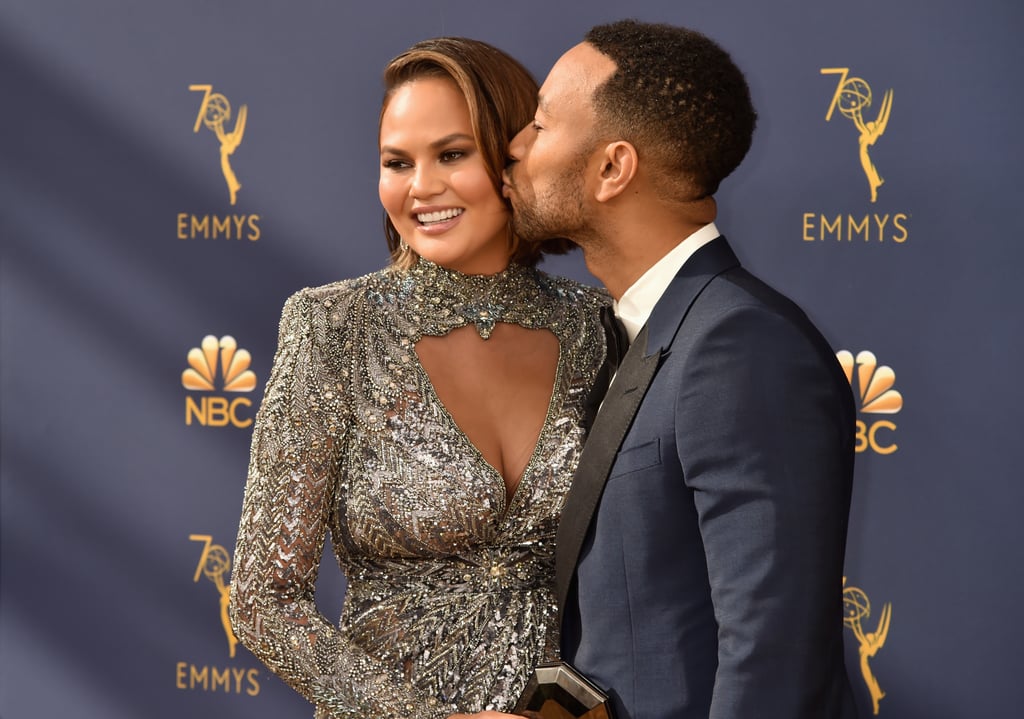 John Legend and Chrissy Teigen turned the Emmys into their own personal date night on Monday. The couple and parents of two were all smiles as they hit the red carpet. The "All of Me" singer looked dapper in a blue suit, while Chrissy looked absolutely stunning in a silver dress. The two even swapped a few sweet kisses in between posing for the cameras.

While John is up for outstanding lead actor in a limited series or movie for his starring role in Jesus Christ Superstar Live in Concert, he has already won big this season. During the Creative Arts Emmy Awards on Sept. 9, he officially achieved EGOT status when he took outstanding variety special for Jesus Christ Superstar Live, which he co-produced. Not only was the award a ground-breaking moment in his career, but he also made history as the first black male to accomplish EGOT glory. Naturally, Chrissy couldn't help but brag on her husband with a sweet post on social media.

Something tells us John and Chrissy are in for another fun-filled night at the Emmys! See their best moments from the show ahead.