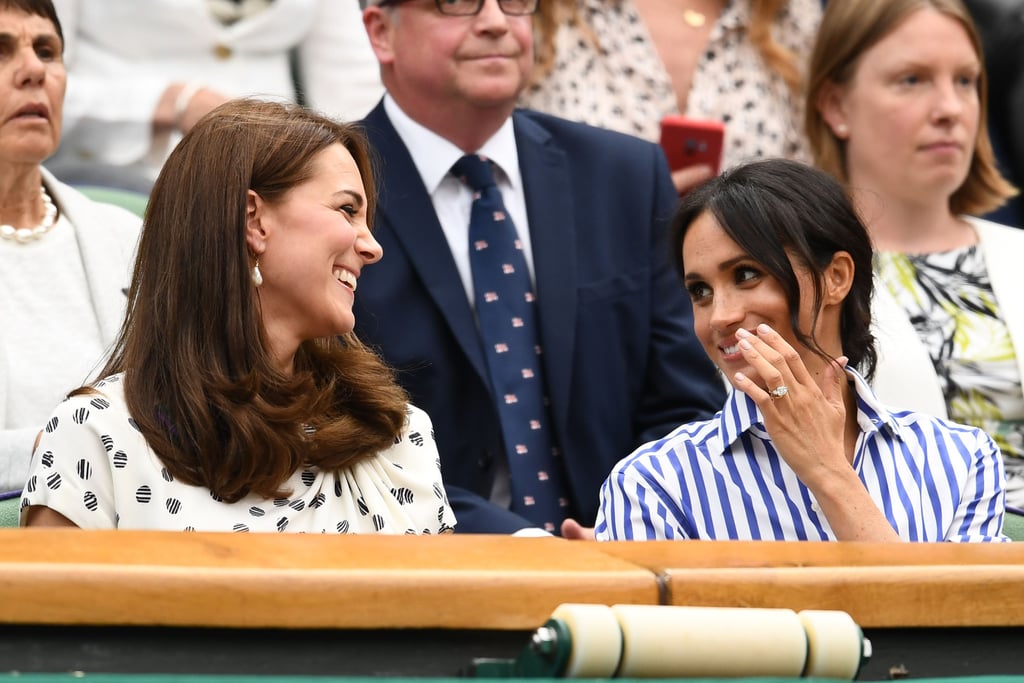 The Duchess of Cambridge Gushes About Meghan Markle's Pregnancy: "It's Such a Special Time"

I think it's safe to say we're all excited about the upcoming arrival of Meghan Markle and Prince Harry's baby, and yes, that includes the Duchess of Cambridge. Despite recent reports that the two aren't seeing eye to eye, Kate said that she's happy for Meghan and Harry during her visit to Leicester with Prince William on Wednesday. "It's such a special time to have little kiddies and a cousin for [Prince] George and [Princess] Charlotte," Kate told a fan. "It'll be really special."

Kate also gave an update on how her three kids — George, 5, Charlotte, 3, and Prince Louis, 7 months — are doing. "They're getting excited for Christmas time because they've started all their Christmas songs and the Christmas trees are going up," Kate revealed. "Louis's getting bigger . . . he's getting to be a big boy."

Earlier this week, rumours swirled that there's drama between Kate and Meghan and that's the reason Harry and Meghan are moving to Windsor's Frogmore House next year. However, judging from Kate's recent quotes, it looks like they were just that: rumours.

Related:
7 Times the Royal Fab Four Stepped Out Together and Made 2018 a Little More Tolerable
Previous Next Start Slideshow
The RoyalsMeghan MarkleThe British RoyalsCelebrity QuotesRoyal BabyKate Middleton
Around The Web