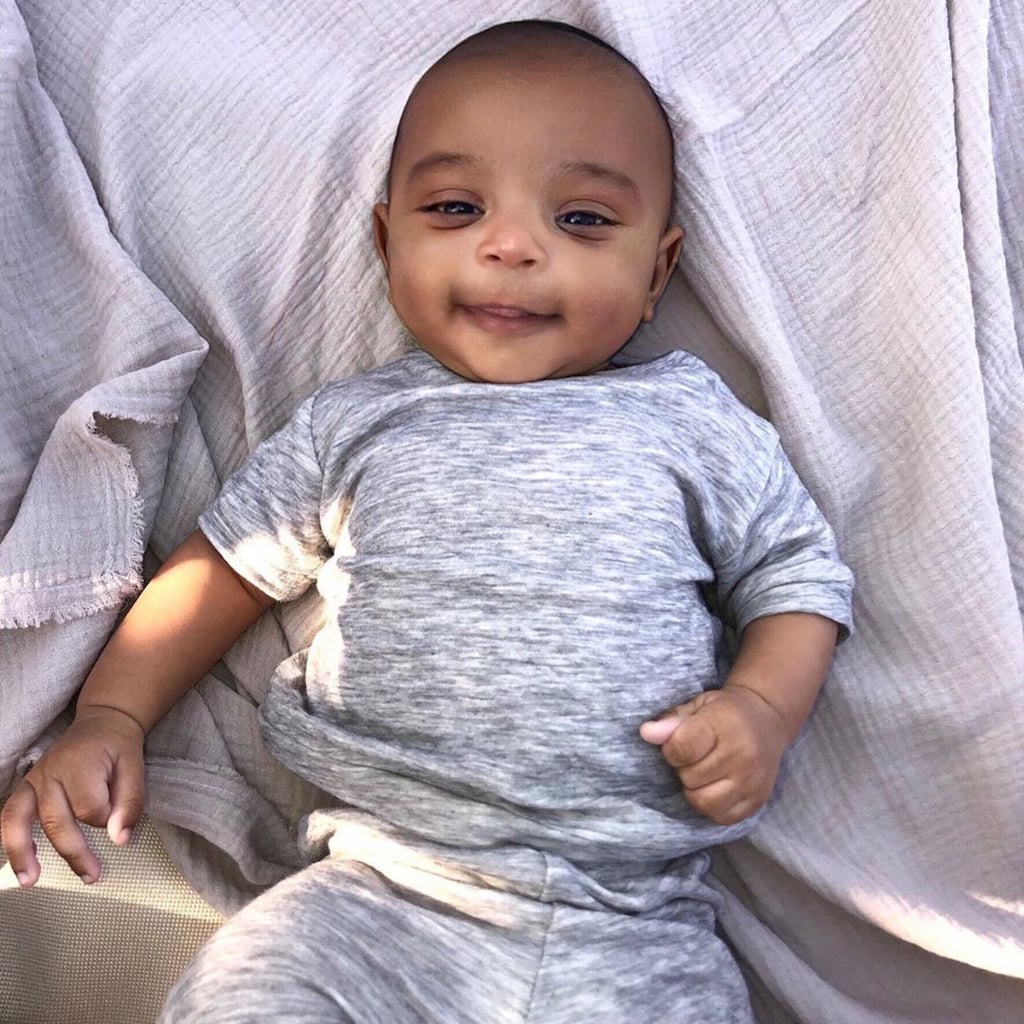 Psalm West Just Keeps Getting Cuter and Cuter With Every Snap

Kim Kardashian, 38, and Kanye West, 41, welcomed their fourth child via surrogate on May 10, and he's absolutely adorable! Baby Psalm West made his debut on Kim's Instagram on May 17, looking all sorts of cute while sleeping in his crib. The snap also featured a screenshot of Kanye's sweet Mother's Day text for Kim. Kim ended up deleting the snap a few days later, but she made up for it in June when she shared a new close-up shot of Psalm peacefully sleeping. "Psalm Ye," she captioned it — does this mean his middle name is Ye? Following Father's Day, Kim blessed us with another sweet snap of Psalm and his big brother, Saint.

Baby Psalm was born just a week ahead of Kim and Kanye's fifth wedding anniversary. The couple tied the knot in a lavish ceremony in Florence, Italy, on May 24, 2014. The newborn now joins siblings North, 6, Saint, 3, and Chicago, 1, as a part of the Kardashian-West tribe. And it's a good-looking squad, indeed.