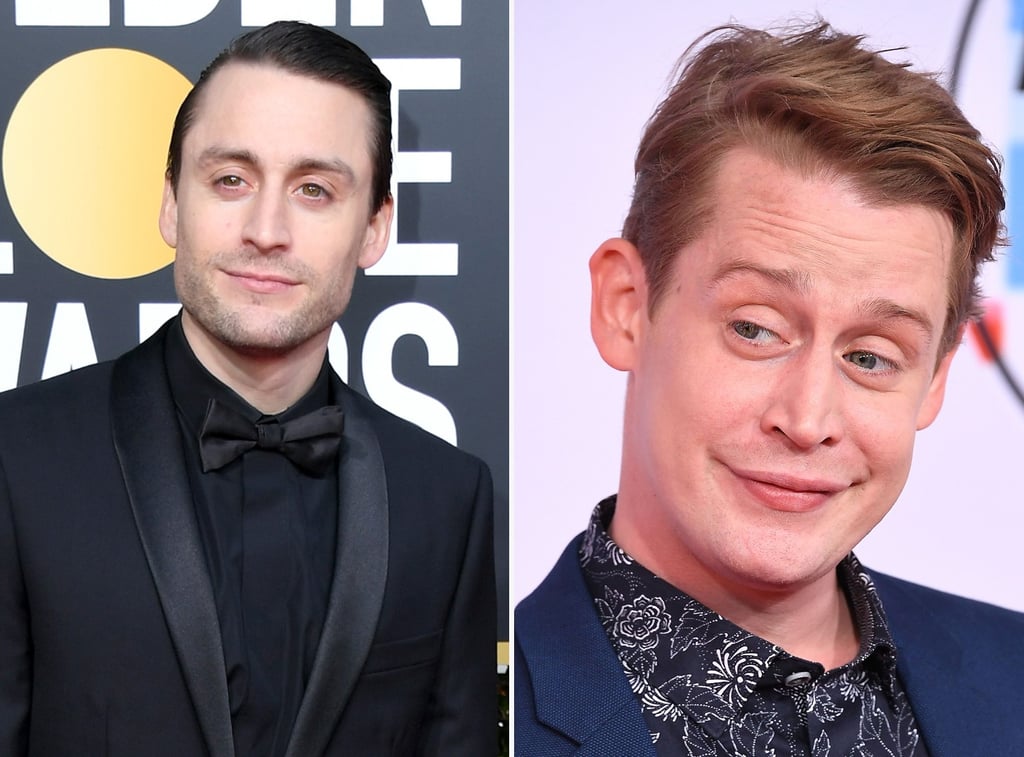 Macaulay Culkin knows that it's only OK to troll your family members and close friends, and that's exactly what he did the night of the Golden Globes. One of his brothers, Kieran Culkin, was nominated for best supporting actor in a limited series for his role as Roman Roy in Succession, and Macaulay had a field day on Twitter. He pretended like he had no idea Kiernan attended the award show, much less had a nomination.

"HOLY SH*T KIERAN IS NOMINATED??? WHAT IS SUCCESSION?!" the Home Alone star tweeted in real time during the Globes. He even misspelled Kiernan's name in one of the tweets (he wrote "Keiran"), which was probably on purpose to add to the "embarrassing older brother" charade. Anyone with siblings can definitely relate! See the hilarious tweets ahead, and then catch up on all of this year's Golden Globes winners.

Related:
In 2019, I Want to Serve Looks as Hard at This Girl Photobombing at the Golden Globes
Previous Next Start Slideshow
Golden Globe AwardsMacaulay Culkin