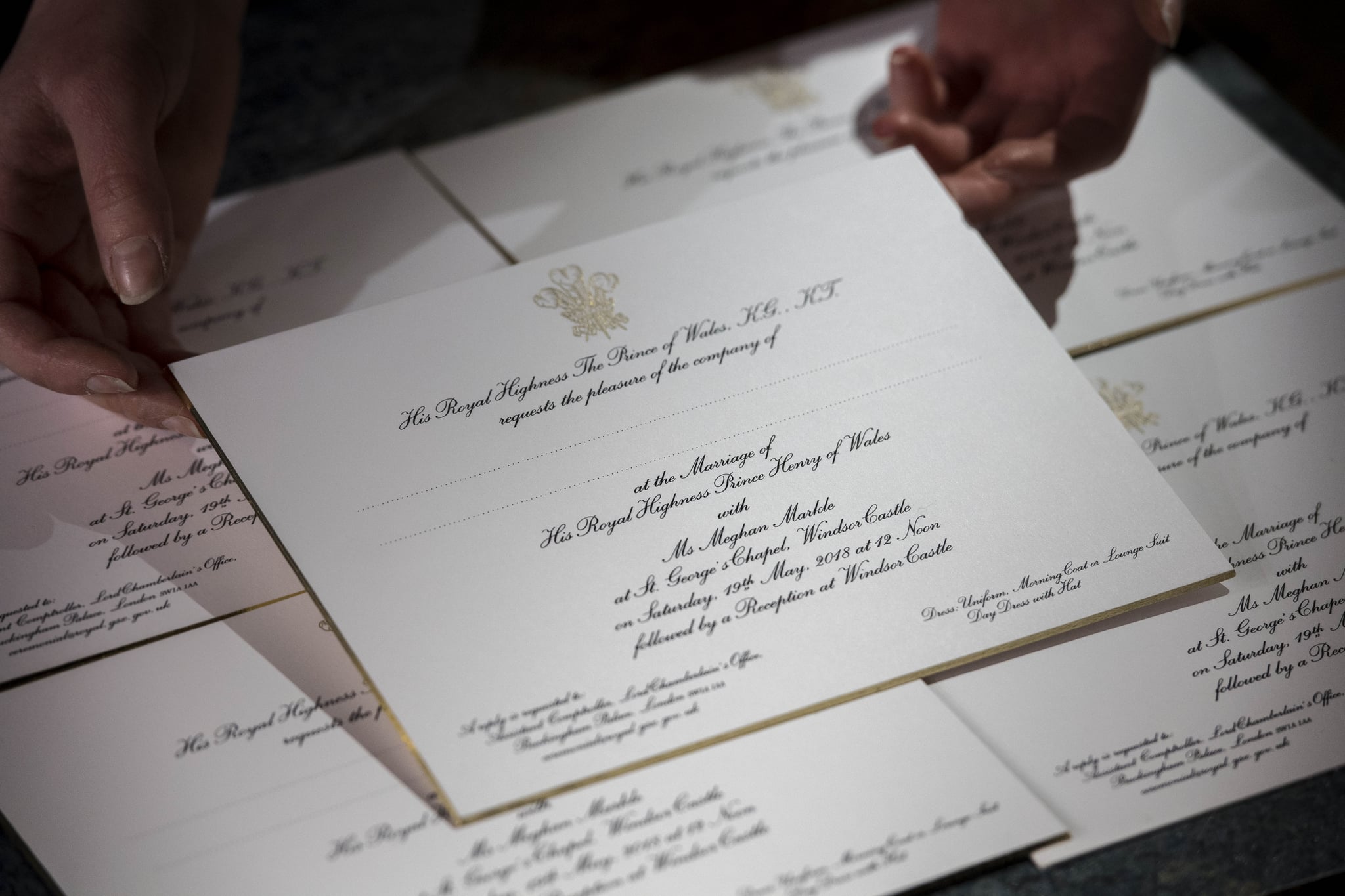 Prince Harry and Meghan Markle's wedding is getting so close, and we want to know absolutely everything. Kensington Palace announced earlier this week that wedding invitations have officially been sent. They were made by Barnard and Westwood, the company responsible for all of the royal family's printing needs. Although we have to wait and see if we're among the 2,640 public guests invited to the nuptials, we've at least got all the details about how their wedding invitations differ from the ones Prince William and Kate Middleton sent out for their wedding back in 2011.

Queen Elizabeth II paid for and hosted William and Kate's wedding, so their invites read, "The Lord Chamberlain is commanded by The Queen to invite." Prince Charles is paying for Harry and Meghan's wedding, so theirs said, "His Royal Highness The Princes of Wales, K.G., K.T. requests the pleasure of the company of." 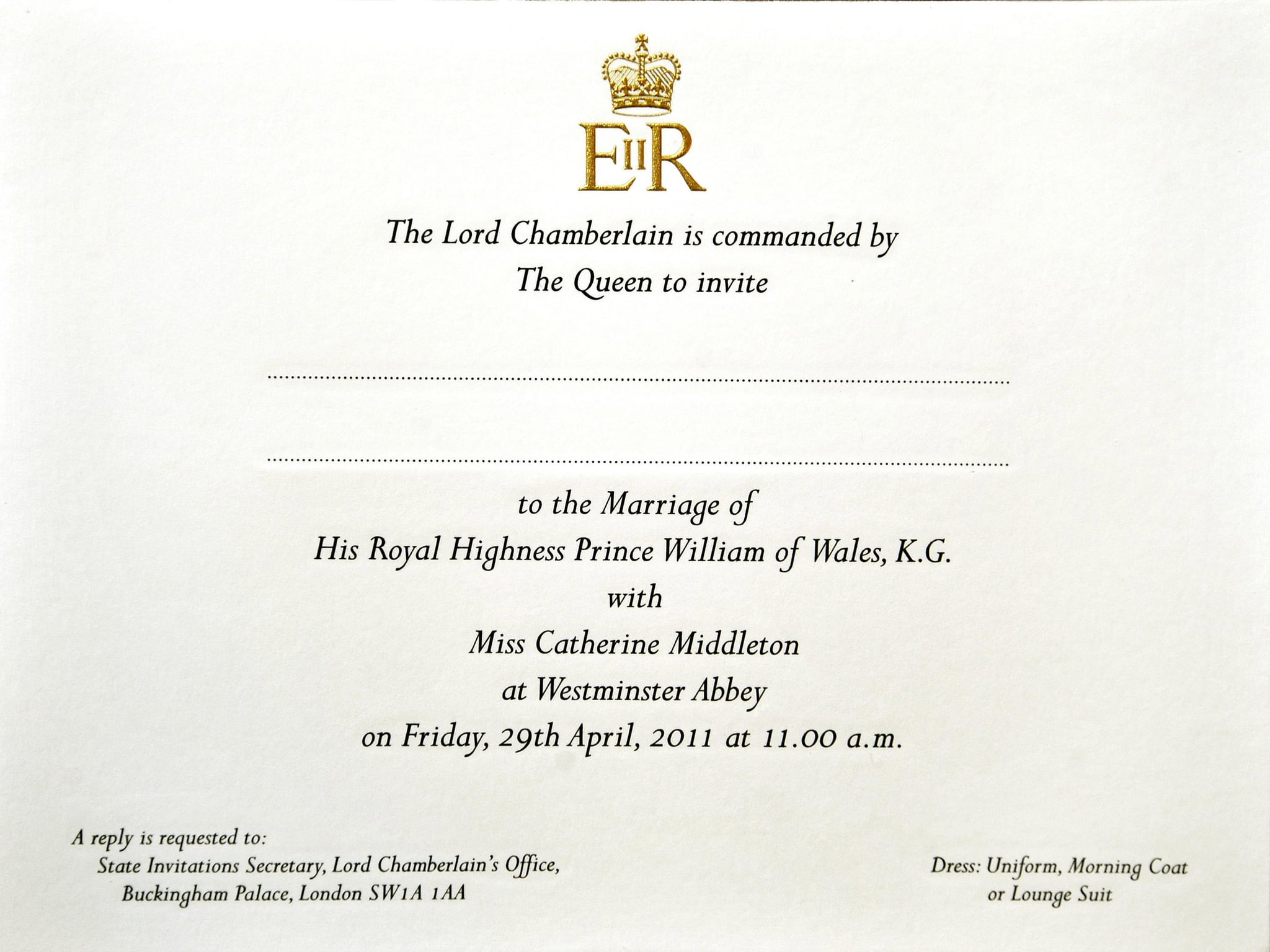 Again, due to the wedding hosts, the crests at the top of the invites are different. A three-feathered badge of the Prince of Wales is at the top Harry and Meghan's invite, while Kate and William's featured St. Edward's crown above the royal cypher of the queen.

Related:
This Is the 1 Tiara in the World Meghan Markle Can't Wear on Her Wedding Day

Meghan and Harry are known for breaking royal protocol and they may have done it again by embracing the digital age with their invitations. Although they do include Lord Chamberlain's address, like Kate and William's did, an email address is also listed below, which suggests guests can also RSVP via email.

The ink used in Harry and Meghan's invites is a nod to Meghan's heritage as it was printed using American ink. A tweet from Kensington Palace read "using American ink on English card, the invitations are printed in gold and black, then burnished to bring out the shine, and gilded around the edge." It's unclear what type of ink was used for William and Kate's invitations.

Related:
Why You Shouldn't Expect Princess Eugenie's Wedding to Be Anything Like Prince Harry's

Kate and William's invitations only provided details about the dress code for men, which was "uniform, morning coat or lounge suit," but Harry and Meghan's invitations included a note for the women, stating, "Day dress with hat."