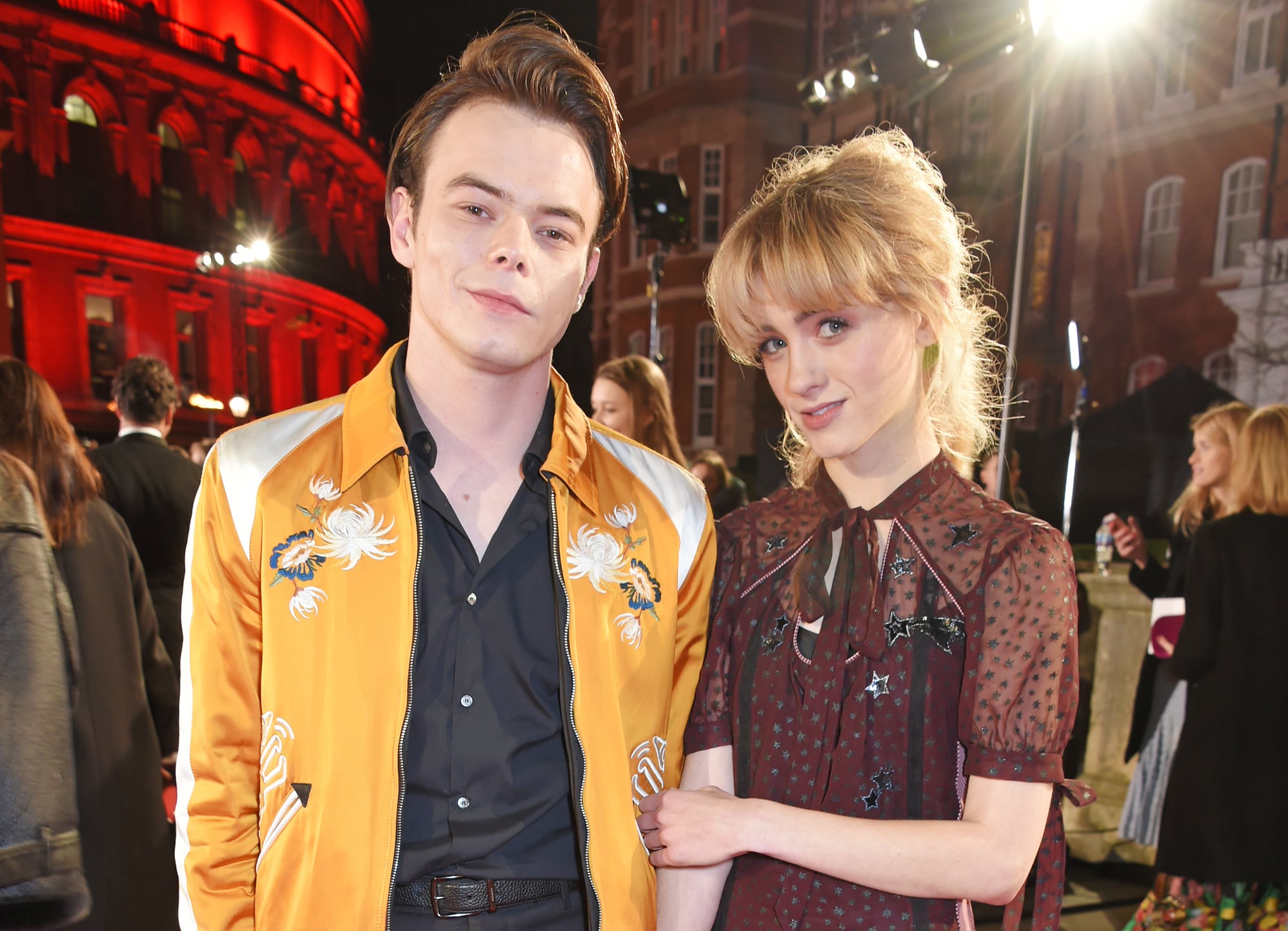 Natalia Dyer is finally opening up about her boyfriend, Stranger Things costar Charlie Heaton, three months after going public with their romance. On Sunday, the 21-year-old actress attended the SAG Awards in LA, where she was asked about what she loves most about working with Charlie. "He's alright, I guess. He doesn't mess up our scenes too much!" Natalia joked. "No, he's great. He's talented, like everybody in the cast. They're all super, just great to work with." While she did admit that there are some "pros and cons" to working alongside her boyfriend, she ultimately said, "It's a lot of fun."

Natalia has been quietly dating the 23-year-old actor since January 2017, but it wasn't until last month that they made their red carpet debut as a couple at the Fashion Awards in London. On top of it all, Charlie recently gave Natalia a sweet birthday shout-out on Instagram and they've been spotted out on multiple dates together, including one with Game of Thrones star Maisie Williams. We're so happy these two are no longer hiding their love for each other!