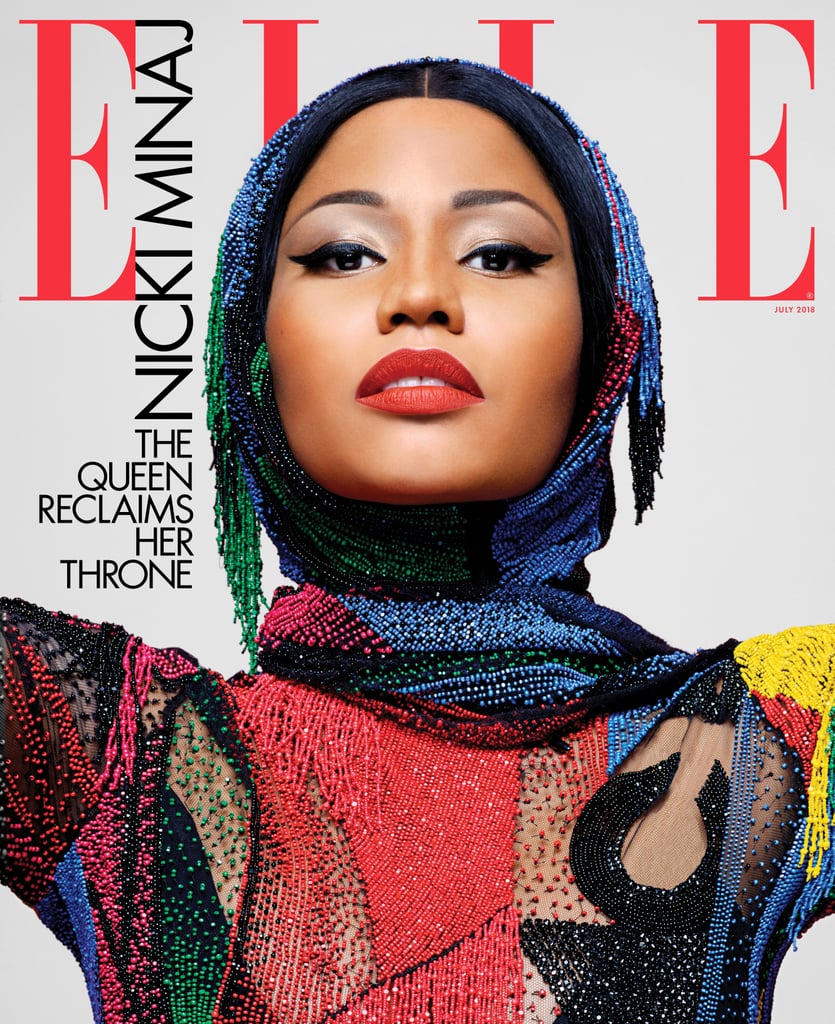 Nicki Minaj has a new album coming this Summer, which means we'll likely be hearing a lot more from the outspoken rapper ahead of the Aug. 10 release. The Barbie Tingz emcee is ramping up her promotional trail by gracing the July cover of Elle US magazine, and inside she's opening up about everything from working with famed fashion designer Karl Lagerfeld ("I couldn't think straight anymore. I was like, Oh my God, I couldn't . . . it felt like a dream,") to her current relationship status after recently teasing a romance with fellow rapper Eminem.

"I remember feeling like I could do anything at one time in my life and somewhere along the line, I just started second guessing myself for whatever reason," Nicki revealed to the outlet. "As soon as I realised that I could actually live and breathe, and eat and sleep, and walk and talk, without having a boyfriend, something clicked in me. Becoming single was one of the things that made me feel strong and powerful."

According to the 35-year-old NY native, she's enjoying the newfound freedom she has being solo for the first time since she was 15. "The fact that I am a young woman who doesn't need a man for money. I don't need a man for a job. I've never had to f*ck for beats. I've never had to f*ck for a record deal. I don't have those pressures. I get up when I want, shop when I want." Amen, sister. Amen! Keep reading to see more photos from Nicki's Elle spread, then mark your calendars for the release of Queen this August!