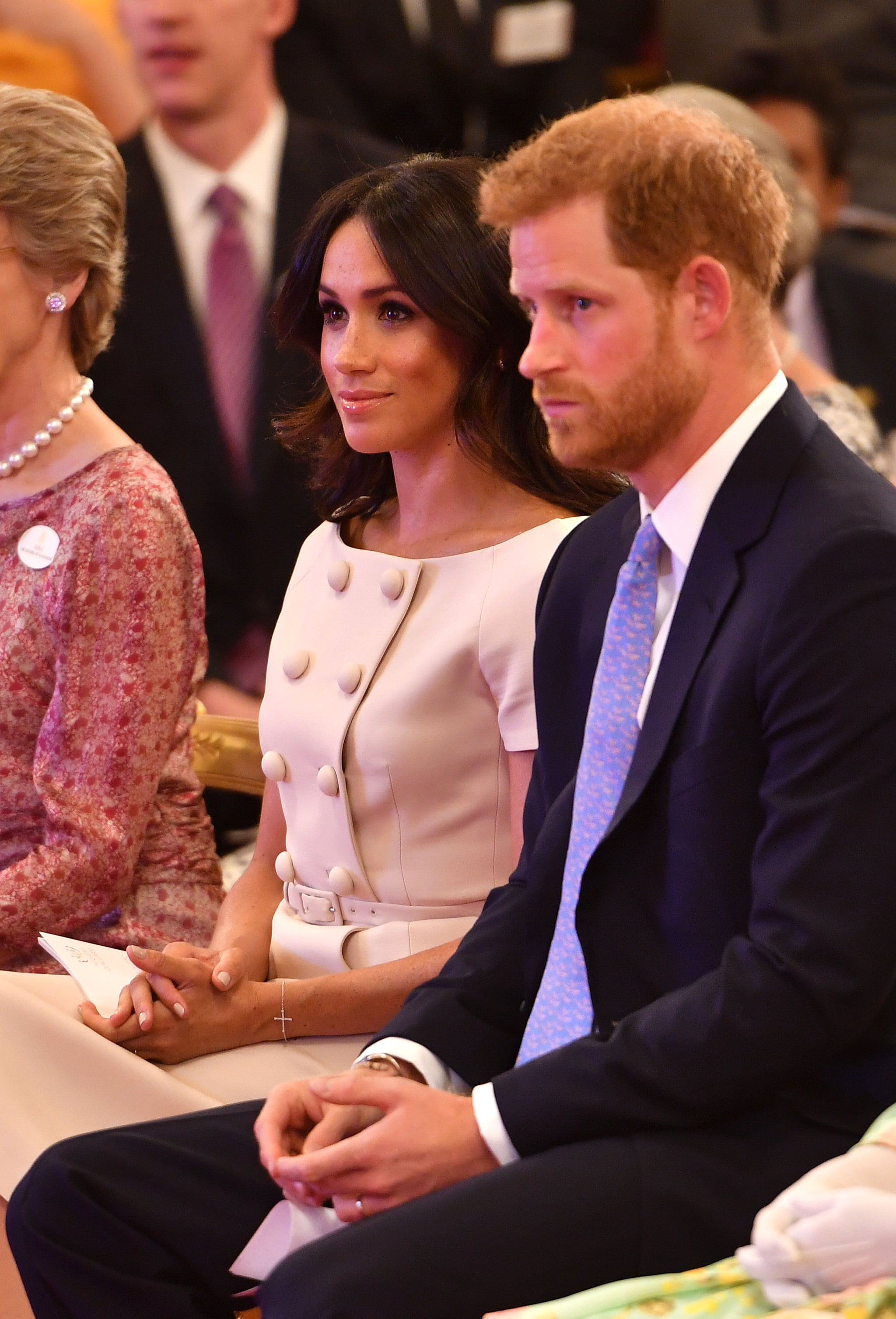 Prince Harry and Meghan Markle love to show off their love with some adorable PDA, but there's an exception to those moments. On June 26, the Duke and Duchess of Sussex accompanied the Queen to her Young Leaders Reception at Buckingham Palace and, as you can see in the video below, Meghan was seen seemingly reaching for Harry's hand. He avoided her approach by joining his hands together as she kept walking by his side.

The reason why? It's just not appropriate to display PDA in front of the Queen. "It is rare to see royal couples holding hand on official outings," royal etiquette expert Myka Meier told People. "While we are much less likely to see the Duke and Duchess holding hands in public, we often see Prince Charles and the Duchess of Cornwall holding hands — it's all simply a matter of preference for each couple and is also likely dependent on the nature of the event they are attending. A more serious engagement would warrant a more serious level of professionalism, which each royal is sure to follow."