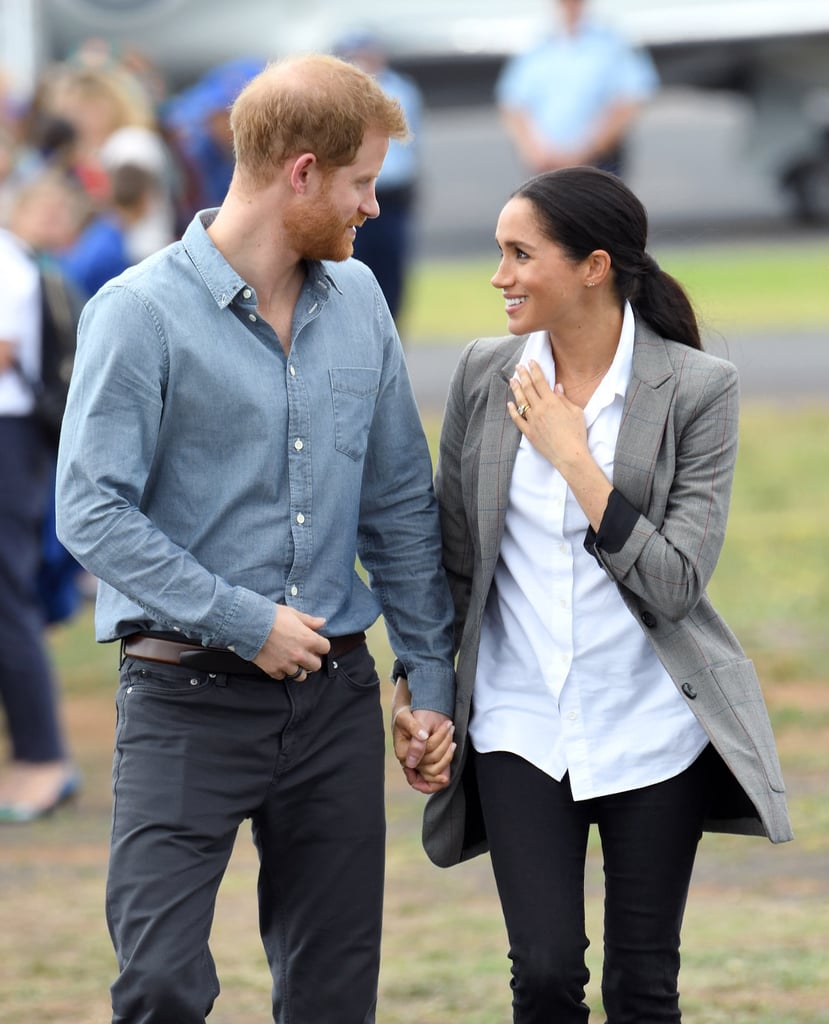 Prince Harry and Meghan Markle are known for their sweet PDA, but they've taken things to the next level with their first royal tour as a married couple. During their recent appearances in Australia, the couple has been especially lovey-dovey as they hold hands, cuddle up under an umbrella, and stare lovingly into each other's eyes. Seriously, it's like a scene from a romantic comedy. Of course, their happy mood could have to do with the fact that they're getting ready to expand their family. Shortly before embarking on their tour, the couple announced the exciting news that they are expecting their first child. See even more swoon-worthy moments from their tour ahead.

Related:
100+ Times Harry and Meghan Showed Us That They're the Perfect Royal Match
Previous Next Start Slideshow
The RoyalsMeghan MarkleThe British RoyalsPrince Harry
Around The Web

The Royals
Meghan Markle Hinted at Her Due Date, and the Baby Will Be Here in No Time!
by Murphy Moroney 11 hours ago

The Royals
Meghan Markle Shared That Archie's New Favourite Word Is "Hydrate," and Talk About Advanced!
by Murphy Moroney 11 hours ago