Update: Reese Witherspoon has responded to the 3-legged controversy via Twitter, in response to an eagle-eyed follower.

Well...I guess everybody knows now...I have 3 legs. I hope you can still accept me for who I am. 😃( and I will never apologize for snuggling @Oprah .. if you get the opportunity, I highly recommend it;) https://t.co/6GyrfWxNSY

Original story: Reese Witherspoon is one of the A-list stars featured on the cover of Vanity Fair's 2018 Hollywood Issue, joining powerhouse talent like Oprah Winfrey, Michael B. Jordan, Harrison Ford, and Gal Gadot. While the actress looks stunning in the portrait — which shot by legendary photographer Annie Leibovitz — she also seems to have something . . . extra. On a second glance at the cover, it sort of looks like Reese has three legs. You can see one through the slit in her gown, then two that are crossed to the left. It's all a little much. Here's a closer look. 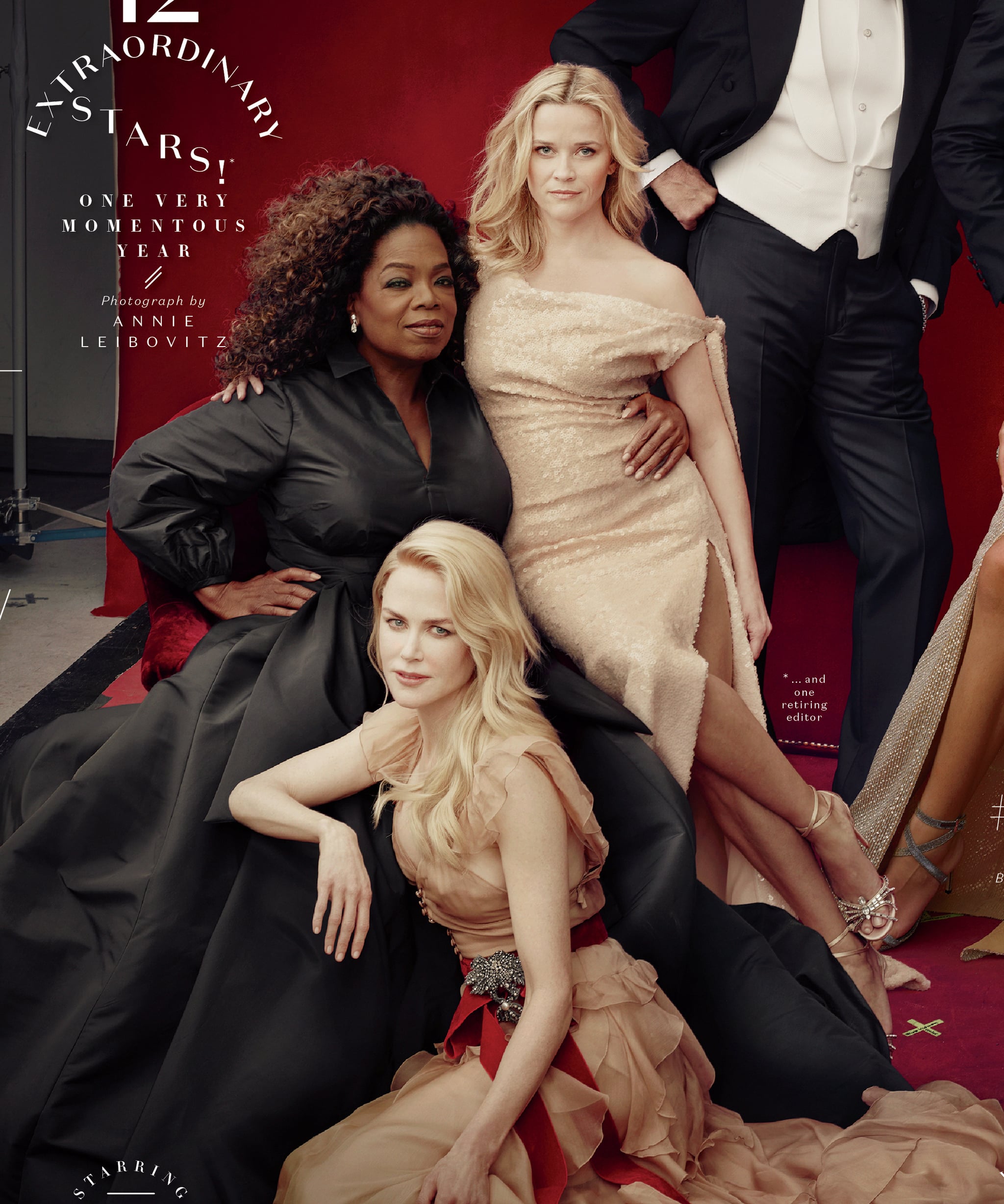 And to make matters even weirder, there's a behind-the-scenes shot in Vanity Fair's article in which Oprah has three hands! Is this some sort of conspiracy? Can someone please explain these disrespectful Photoshop disasters?