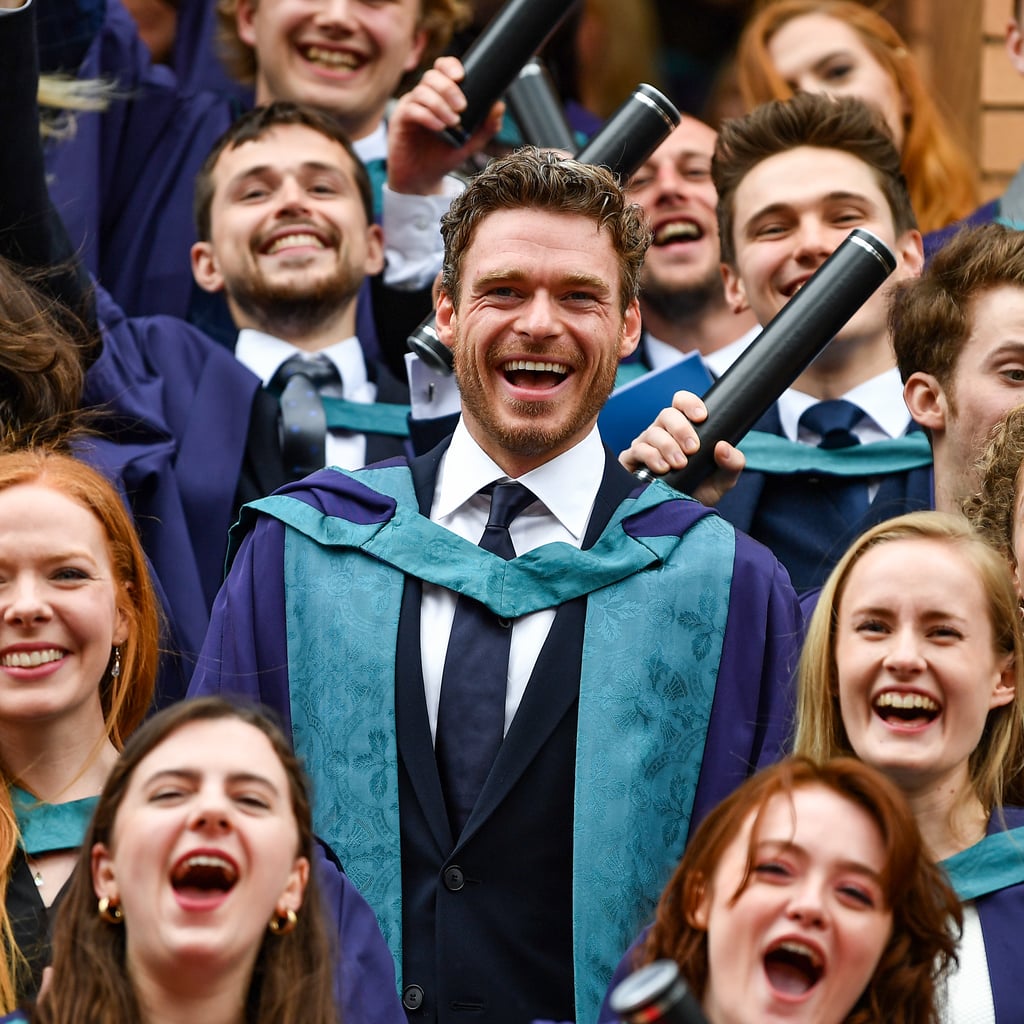 Imagine turning up to your graduation, and finding that you're sharing your special day with a Hollywood star. That's what happened to graduates of the Royal Conservatoire of Scotland, who found themselves shoulder-to-shoulder with Bodyguard star Richard Madden, who picked up an honorary doctorate of drama during the institution's Summer graduation ceremony. Luckily, these students are no stranger to the spotlight: the conservatoire specialises in performing arts education, so it's likely some of these graduates will be sharing the screen with Richard in the future. The Golden Globe winner originally graduated from the conservatoire in 2007 with a BA in acting, but missed his own graduation. So it was particularly moving to see him return and finally don his robes to officially become Doctor Richard Madden, complete with an inspirational speech about his journey "from Elderslie to LA." Keep reading to see the sweet photos from the day, and to watch Richard receive this special honour for yourself.