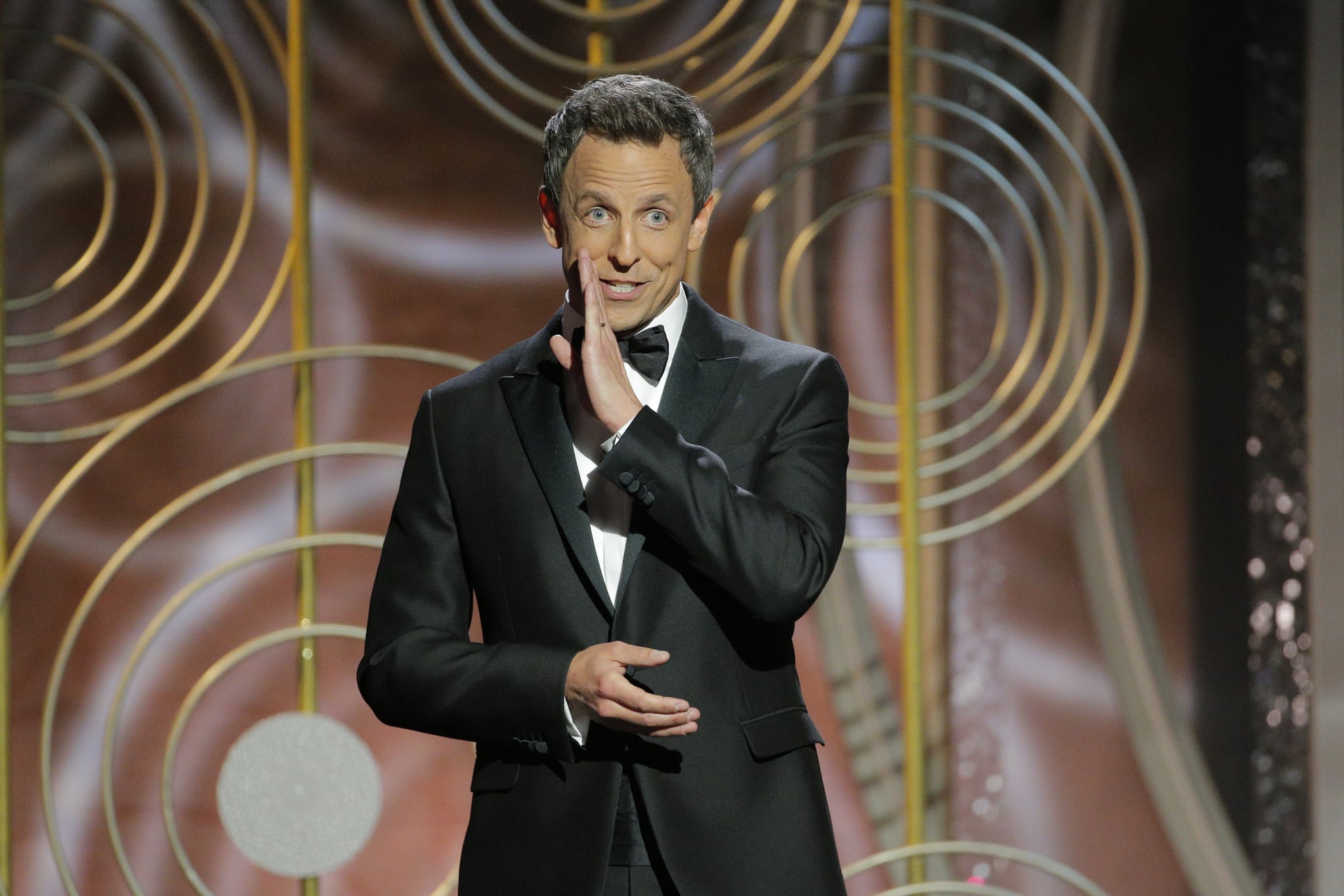 Seth Meyers took the stage at Sunday's Golden Globe Awards against a backdrop of social change and protest — and all things considered, he knocked it out of the park.

While not every joke landed, his opening monologue skillfully touched on the #MeToo and #TimesUp movements, Harvey Weinstein, President Donald Trump's first year in office, and the evolving landscape of Hollywood. Meyers also acknowledged the fact that he was the first celebrity to take the stage at an award ceremony since allegations started trickling in three months ago, and it's worth noting that he did so in a way that only he could. Below, check out seven of the best moments from Meyers's 2018 opening monologue.

Celebrity Style
The Emmys Are Here, So Naturally, We're Binge-Watching the Red Carpet
by Hannah Weil McKinley 3 weeks ago