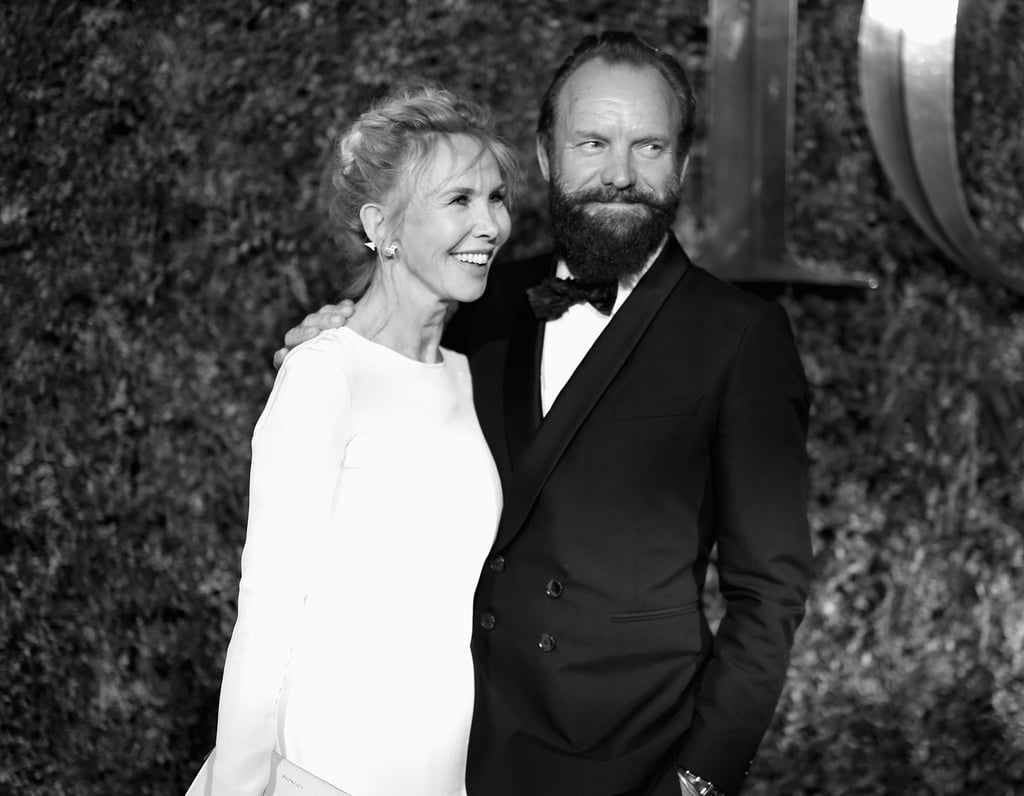 Even After All This Time, Sting and Trudie Are Still Smitten With Each Other

Trudie Styler first laid eyes on a green-haired Sting in 1977. They were neighbours, living in basement flats on the same street in Bayswater, London. She was an actress, he was a musician struggling to find a record deal for his band. Much can be speculated about what happened in the following years: Sting was married when they met, but by 1984, he had separated from his wife and Trudie was pregnant with their first child. Trudie told the Guardian years later, "Neither of us are proud of a situation that happened - it just happened. We loved each other and we lived together and then we got married and we had more kids." The couple married in 1992 and are now one of showbiz's most enduring couples, having been together for over 30 years. They also celebrate their silver wedding anniversary this year! In a world where our favourite celeb couples seem to be breaking up at an alarming rate, Sting and Trudie are proof that a relationship in the spotlight can endure. They seem as devoted to each other now as they were three decades ago. Take a look back at some of their cute candid red-carpet moments as proof!