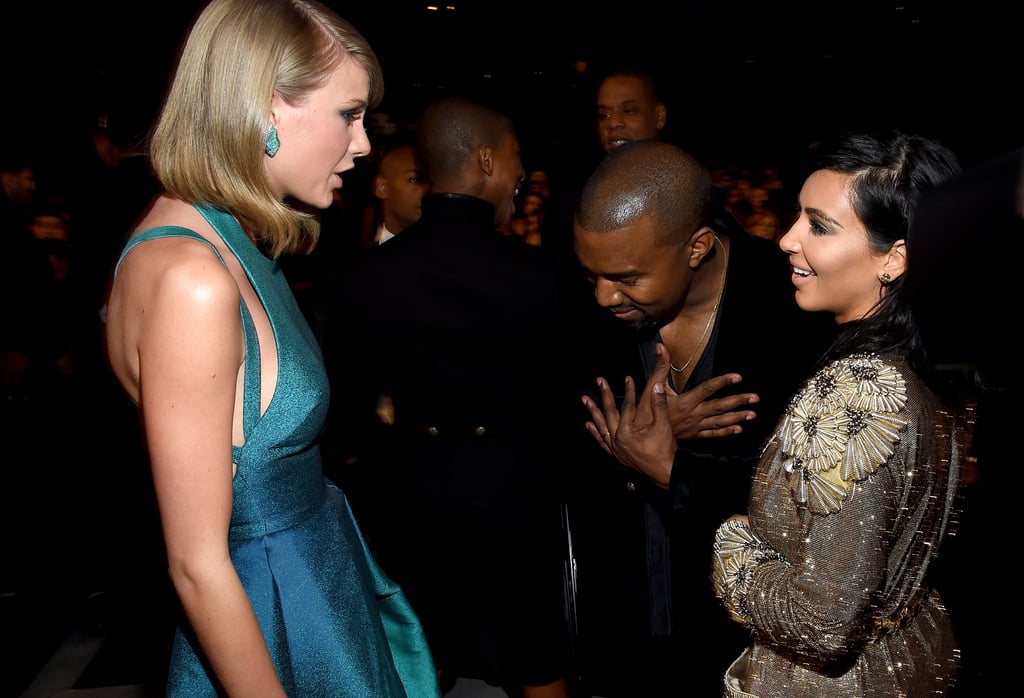 How Did We Get Here? A Timeline of the Taylor Swift, Kanye West, and Kim Kardashian Drama

The power in the 10-year feud between Taylor Swift and Kanye West has constantly shifted over the years (Kanye releases a song, Taylor fights back, Kanye talks about it in an interview, etc.), and it seems like that "bad blood" is still not behind them. Four years after the #PhoneGate incident between Taylor and Kanye, a YouTube account leaked a supposedly unedited version of the call between the artists. After Taylor briefly addressed the phone call on her Instagram Story, Kim Kardashian broke her silence on the matter yet again in a series of tweets. So, how the hell did we get to this point? You'll likely remember the 2009 MTV VMAs debacle that started it all, but there has been plenty of fuel for the fire in between. Let's take it back to the very beginning.

Celebrity Style
She May Be a Fancy Fashion Designer Now, but Victoria Beckham Can Still Conjure Posh Spice
by Kelsey Garcia 15 hours ago