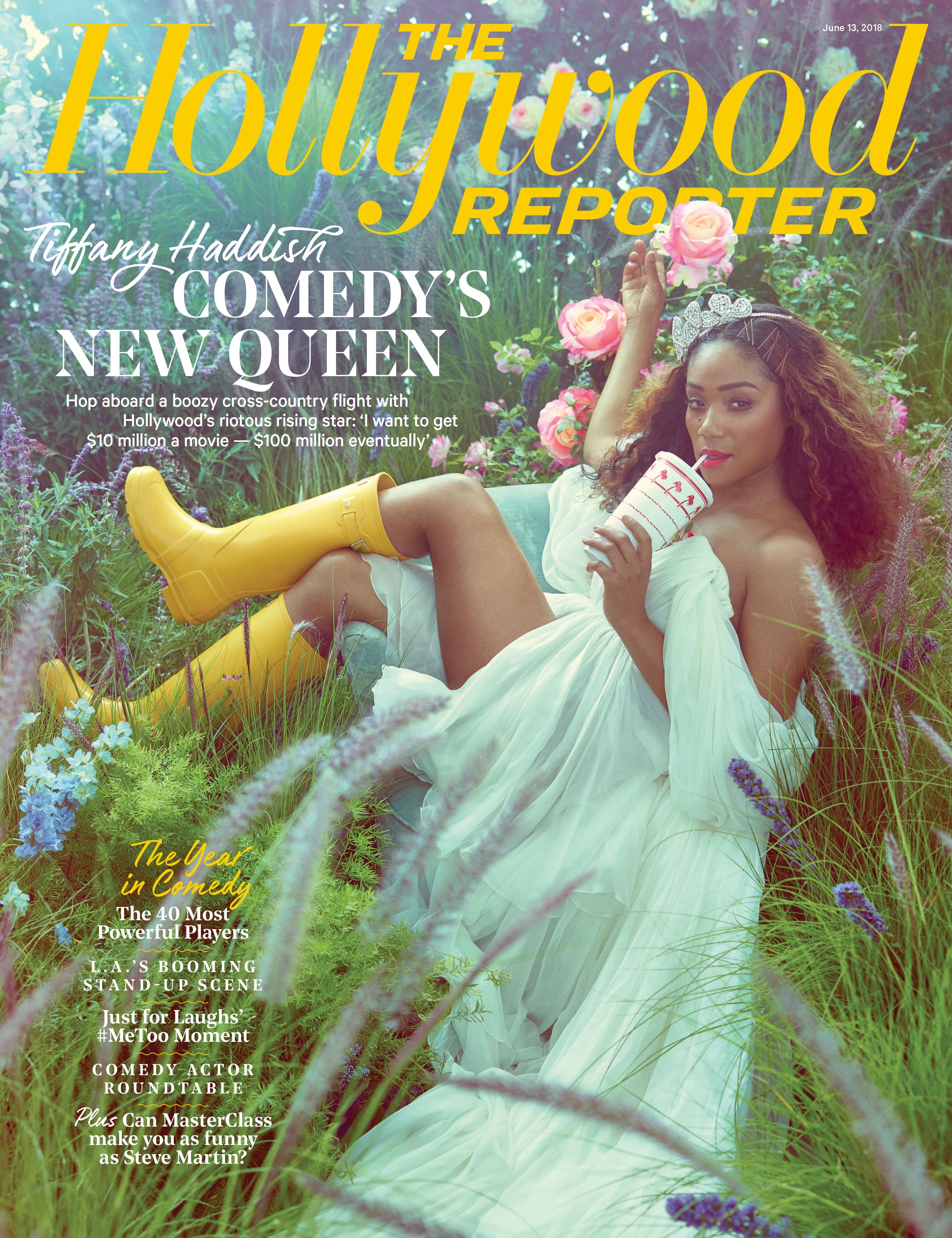 Tiffany Haddish has no plans of slowing down. In fact, the 38-year-old actress and comedian is the latest cover star of The Hollywood Reporter, and inside the magazine, she takes fans inside her crazy-wonderful life following Girls Trip's breakout success at the box office last year.

Tiffany wasted no time recalling one such exciting moment: her recent encounter with Leonardo DiCaprio, during which she didn't pass up the opportunity to hit on him — hard. "Yeah, I met him at a party two, three months ago, and I asked him if he'd let me hit that," she told the outlet in her usual straight-shooting style. "He's like, 'Tiffany, you're so funny.' I'm like, 'I'm serious.' And then he goes, 'I mean, I'd do it, but . . . '"

Wait, so does that mean Tiffany's "let me hit that" line actually almost worked on Leo? Well, according to her, it did. Her only request was that the Oscar winner "do it" with her as his character in What's Eating Gilbert Grape. "He starts busting up laughing. 'Why?' he asks, and I say, 'Cause I feel like that performance deserves a real reward and that reward is this,'" she said, referencing her own body.

Tiffany continued, "He starts going into how he got into the role, how he worked with these kids and all this stuff, and I'm just listening and listening, like, 'Mmm-hmm, mmm-hmm.' I finally go, 'All that's good, I just need to know, When's this gonna happen?'"

The Night School actress didn't reveal whether she and Leo hooked up that night, but we'll forever have the hilarious story of the pickup line that charmed him enough to at least consider it. Now if only we could somehow end up at a party with the handsome 43-year-old to try it out.

Celebrity Interviews
Chlöe Opens Up About Owning Her Sexuality: "I'm Learning It's OK to Be Who I Am"
by Princess Gabbara 4 days ago