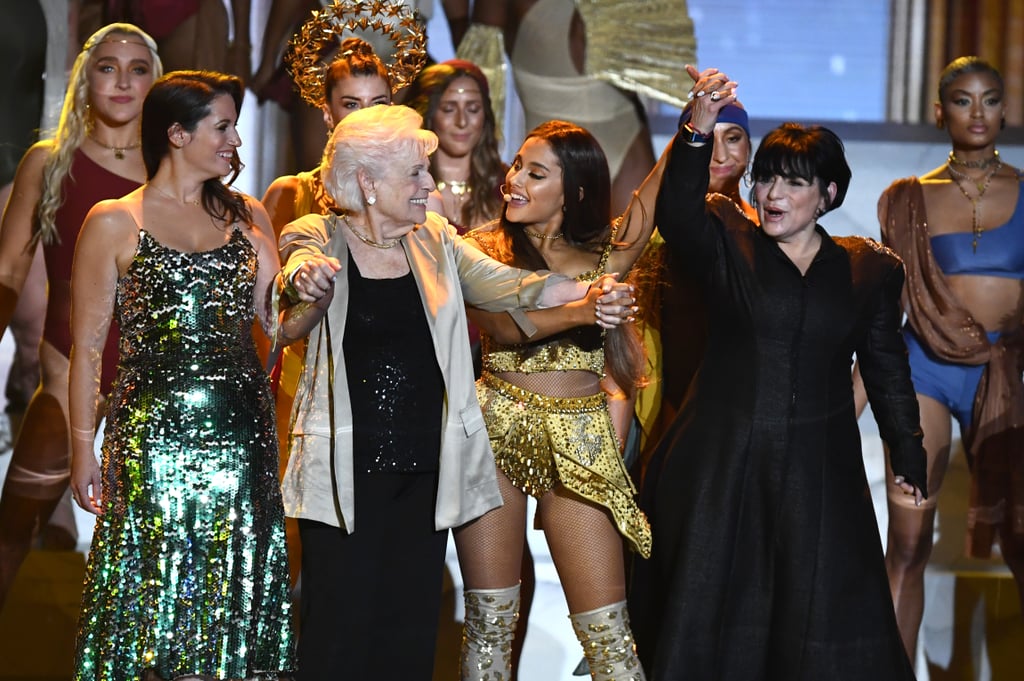 During her empowering and allegorical performance at the 2018 MTV Video Music Awards, Ariana Grande continually declared, "God is a woman." So, at the end of her performance, the 25-year-old pop star brought out a few of the women she personally worships: her grandmother Marjorie Grande, her mother Joan Grande, and her cousin Lani Grande. The four women took centre stage, hand in hand, and together they took a bow. The performance's special guest appearances ended up being one of the most heartwarming moments of the evening.

Related:
Ariana and Pete Can't Keep Their Hands Off Each Other During Their Red Carpet Debut
Previous Next Start Slideshow
Award SeasonCelebrity FamiliesAriana GrandeMTV VMAs
Around The Web

Award Season
Chloé Zhao Makes Golden Globes History: "This Is Why I Fell in Love With Making Movies"
by Yerin Kim 13 hours ago