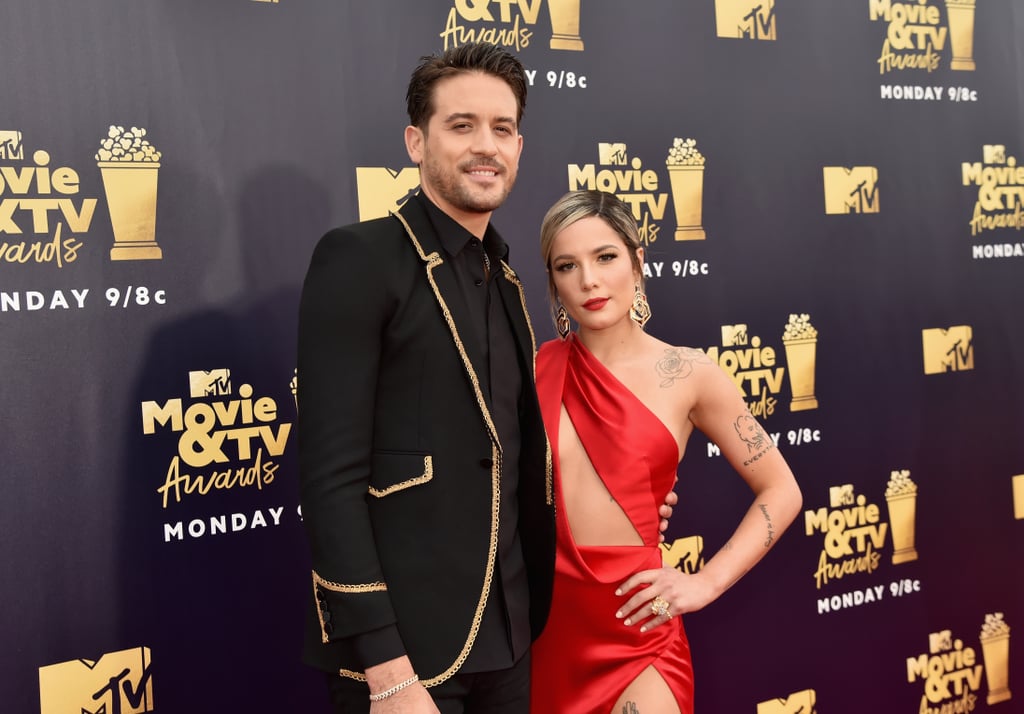 Halsey is currently living out her dream, and we're not just talking about her incredible music career. After publicly crushing on Evan Peters for almost seven years, the singer is reportedly dating the American Horror Story actor in real life! According to Us Weekly, the two were recently spotted holding hands while hanging out at Six Flags Magic Mountain in LA, and have been seeing each other for several weeks. The new romance comes fresh off the heels of her relationship with singer Yungblud, and it has us thinking about Halsey's past relationships. From The 1975's Matt Healy to rapper G-Eazy, it's clear the 25-year-old definitely has a thing for musicians. Ahead, see all the people Halsey has opened up her heart to.