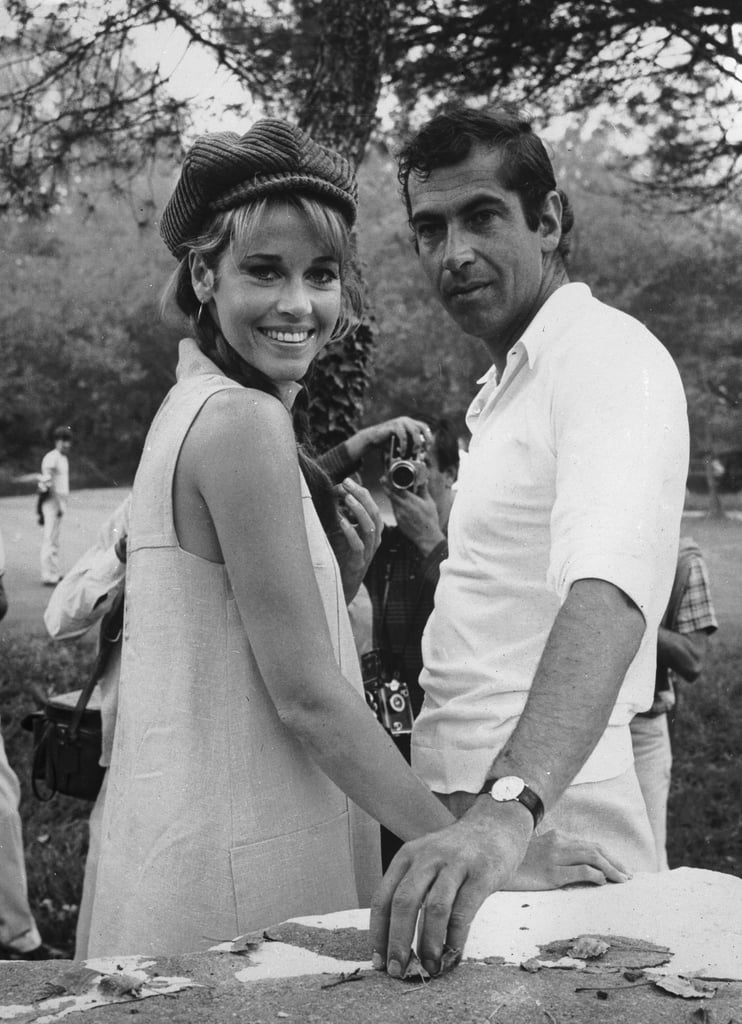 Jane Fonda is a lot of things: she's an Oscar-winning acting scion, a longtime political activist and philanthropist, a former model, and an '80s fitness guru. The 80-year-old actress is also a mother, with both a daughter and son from previous relationships, as well as an unofficially adopted daughter whom she welcomed into her home as a teenager.

In the new HBO documentary Jane Fonda in Five Acts, Jane reflects on her career highs and lows as well as the men who influenced and guided her life, including her famous father, actor Henry Fonda, and her former flames. In fact, three of the "five acts" explore Jane's past unions, and she sheds light on how each of them helped shape the woman she is today — for better or for worse. The actress also talks openly about attraction, sexual chemistry, and the starry-eyed magic of her wild, whirlwind relationships. Keep reading to find out more about the men Jane has married.

Related:
60 Jane Fonda Pictures That Will Make You Feel Like You Jumped Into a Time Machine
Previous Next Start Slideshow
Celebrity FactsCelebrity CouplesJane FondaCelebrity Breakups
Around The Web