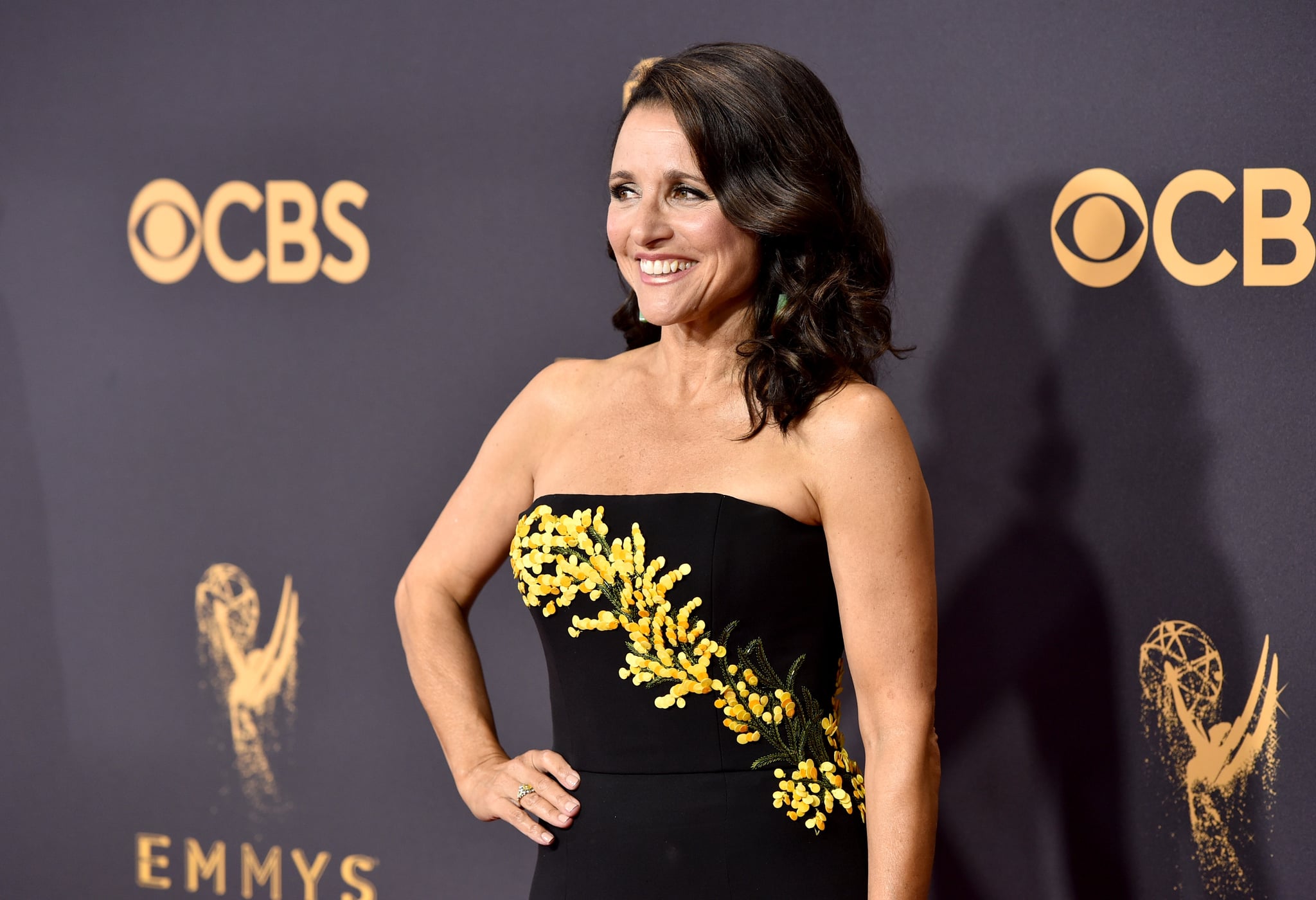 Julia Louis-Dreyfus won big at the SAG Awards on Sunday night, but wasn't there when her name was called for outstanding performance by a female actor in a comedy series. Despite making history as the first TV actress to win five individual trophies, the Veep star opted to skip the show after recently completing her last day of chemotherapy for breast cancer.

The actress first revealed her diagnosis in September, shortly after winning her sixth consecutive Emmy for her role as Selina Meyer on the HBO series, and has remained in good spirits since her diagnosis. "She's really doing great," her Veep costar Tony Hale said during an interview on the red carpet. Matt Walsh also gave Julia a shout-out when the cast took home outstanding performance by an ensemble in a comedy series, which was yet another win for the actress. While she was certainly missed during the show, we wish her all the best during her recovery!