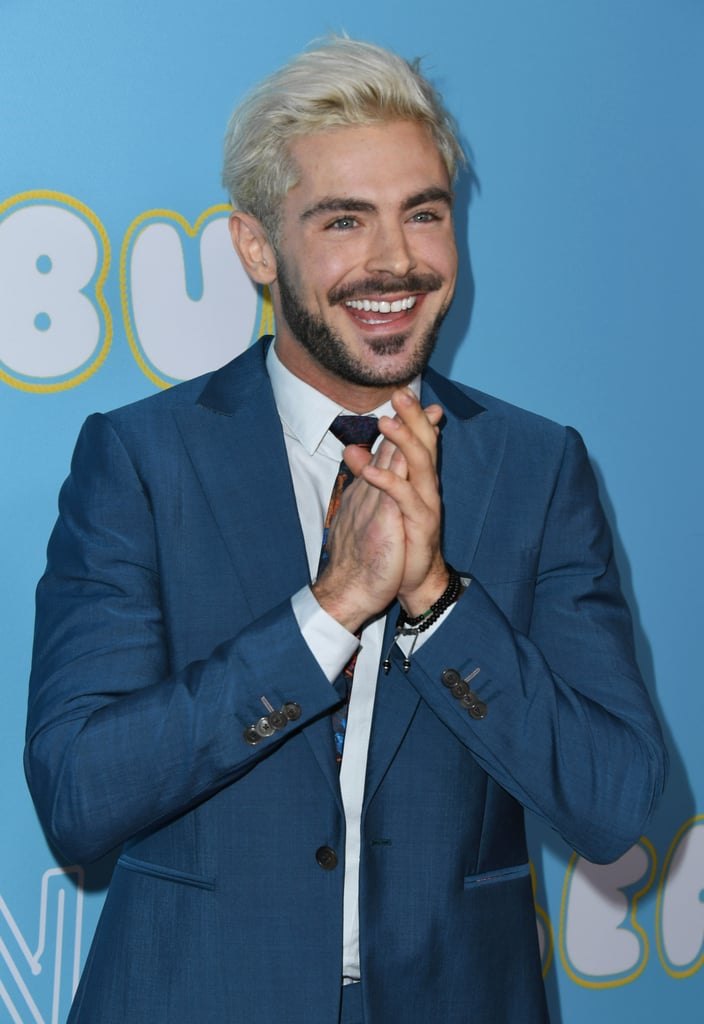 Zac Efron looked all sorts of sexy when he attended the LA premiere of The Beach Bum on Thursday night. The 31-year-old actor sported his now-signature platinum-blond hair and cut a suave figure in a blue suit. OK, Zac, we see you! He was joined by the rest of the film's cast including Matthew McConaughey, Snoop Dogg, and Isla Fisher.

The comedy — which is out in theatres now — revolves around Matthew's character, Moondog, who is a poet simply trying to "uncover his connection with the world" through some very unusual means. Earlier this week, we got a glimpse of what we can expect when Snoop and Matthew dropped by Jimmy Kimmel Live!, and let's just say, your stomach will hurt from all the laughing you'll be doing.