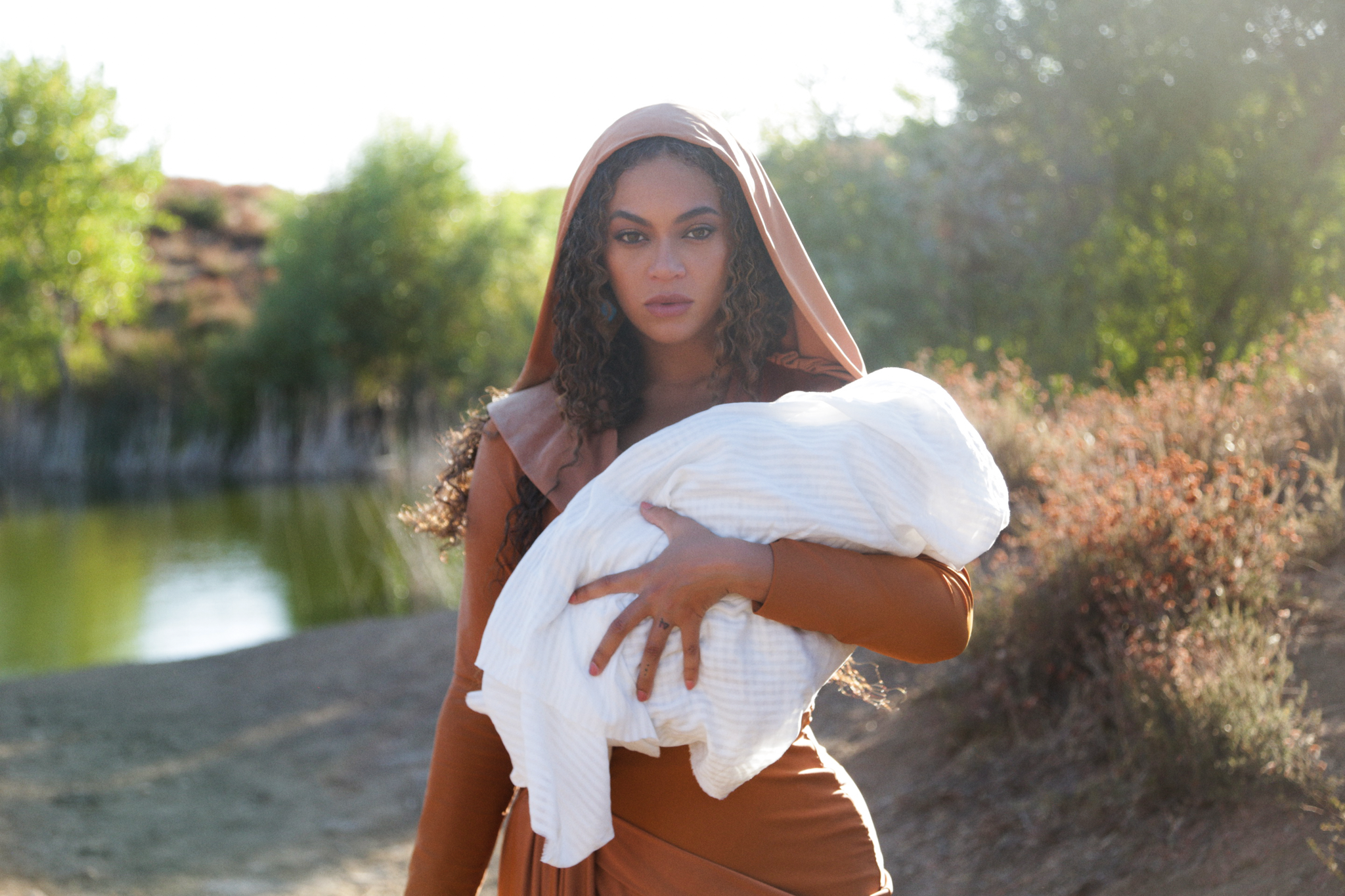 Beyoncé's new visual album Black Is King is a family affair: all three of her children appear in the project! Even Sir and Rumi Carter, her toddler twins who are only three years old, get to pop in for a moment. Keep a close eye out — Sir and Rumi's appearances are pretty quick!

Rumi and Sir each only make one appearance in the visual album, and they don't appear together. Rumi gets to actually be in one of the songs. During "Brown Skin Girl," there's a beautiful shot of all three generations of the women in their family: Beyoncé, her mother Tina Knowles-Lawson, and her daughters Blue Ivy and Rumi, all wearing coordinating floral dresses, with Rumi held in her mother's arms, hair tied up with two adorable pink ribbons.

Sir, on the other hand, doesn't actually participate in any of the videos. Instead, a picture of him appears at the end of the album, where Beyoncé dedicates the album to him. "Dedicated to my son, Sir Carter, and to all our sons and daughters. The sun and the moon bow for you. You are the keys to the kingdom.

Although Sir and Rumi only get one appearance each, big sis Blue Ivy got a much bigger role! She hangs out on a trapeze hoop, wearing a sparkly costume and with golden face glitter to match, in "Find Your Way Back." Then, during "Brown Skin Girl," she appears several times: once in the family portrait segment with her mom, sister, and grandmother, then again in a full-fledged princess ball gown and tiara. In fact, she got to sing a few lines herself and shared in the BET Award win for this song! She also got to sing with her mom on "My Power," rocking an oversized hat and sunglasses. It's definitely proof that talent runs in the family.