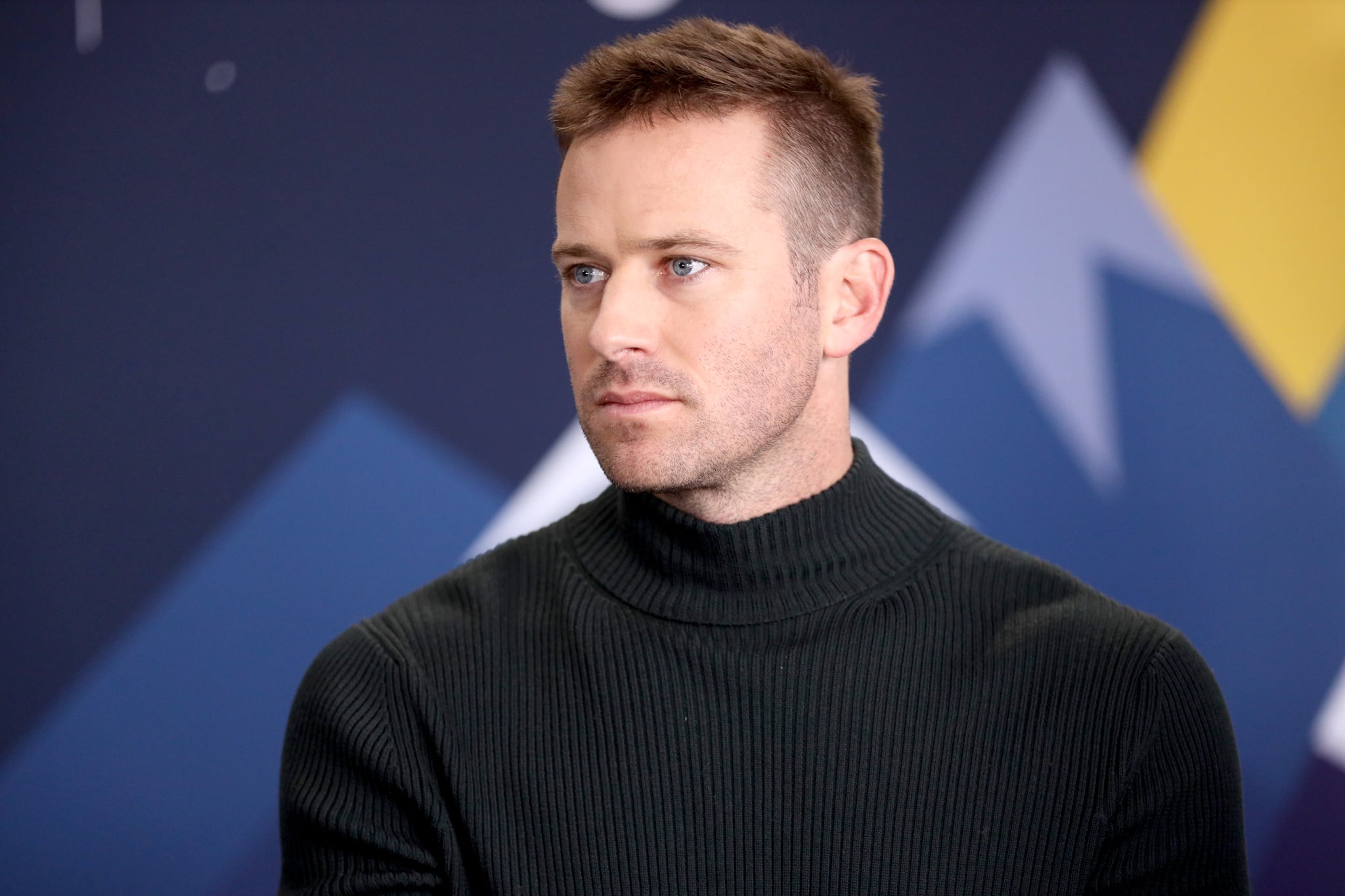 Over the past few months, several disturbing accusations of sexual assault and cannibalistic proclivities against Armie Hammer have come to light. On Thursday, a woman choosing to only go by the name of Effie, came forward during a press conference with her attorney, Gloria Allred. Effie, the woman who first started sharing allegations against Armie on social media, is accusing the 34-year-old actor of rape and physical abuse during the course of their on-again, off-again four-year relationship.

"On April 24, 2017, Armie Hammer violently raped me for over four hours in Los Angeles," Effie said. "During which he repeatedly slapped my head against a wall bruising my face. He also committed other acts of violence against me to which I did not consent." According to Effie, Armie allegedly beat her feet during the rape "so they would hurt" when she walked. She also stated that she tried to get away, but Armie wouldn't allow her to. "I thought that he was going to kill me," she added. "He then left with no concern for my well-being."

Effie explained that she was 20 years old when she first met Armie on Facebook. Effie "fell in love with him instantly," though she now sees the "clear manipulation tactics" Armie used. She added, "He would often test my devotion to him. He abused me mentally, emotionally, and sexually."

According to Variety, Armie has denied the allegations and maintains that his relationship with Effie and the other women was "completely consensual, discussed and agreed upon in advance, and mutually participatory." Armie's attorney, Andrew Brettler, also provided a screenshot of a text exchange between Armie and Effie, where the actor wrote, "I am not going to be able to engage in you in that specific way right now. It never ends well. We can talk and be friends, but I can't do that."

Related:
Elizabeth Chambers on Armie Hammer Allegations: "I Didn't Realise How Much I Didn't Know"

"Effie's own correspondence with Mr. Hammer undermines and refutes her outrageous allegations. As recently as July 18, 2020, [she] sent graphic texts to Mr. Hammer telling him what she wanted him to do to her. Mr. Hammer responded making it clear that he did not want to maintain that type of relationship with her," Andrew told Variety in a statement. "It was never Mr. Hammer's intention to embarrass or expose [Effie's] fetishes or kinky sexual desires, but she has now escalated this matter to another level by hiring a civil lawyer to host a public press conference. With the truth on his side, Mr. Hammer welcomes the opportunity to set the record straight. From day one, Mr. Hammer has maintained that all of his interactions with [Effie] — and every other sexual partner of his for that matter — have been completely consensual, discussed and agreed upon in advance, and mutually participatory. [Effie's] attention seeking and ill-advised legal bid will only make it more difficult for real victims of sexual violence to get the justice they deserve."

If you or someone you know would like to speak with someone who is trained to assist sexual assault survivors, please call Victim Support 0808 168 9111 or The Survivors Trust 0808 801 0818