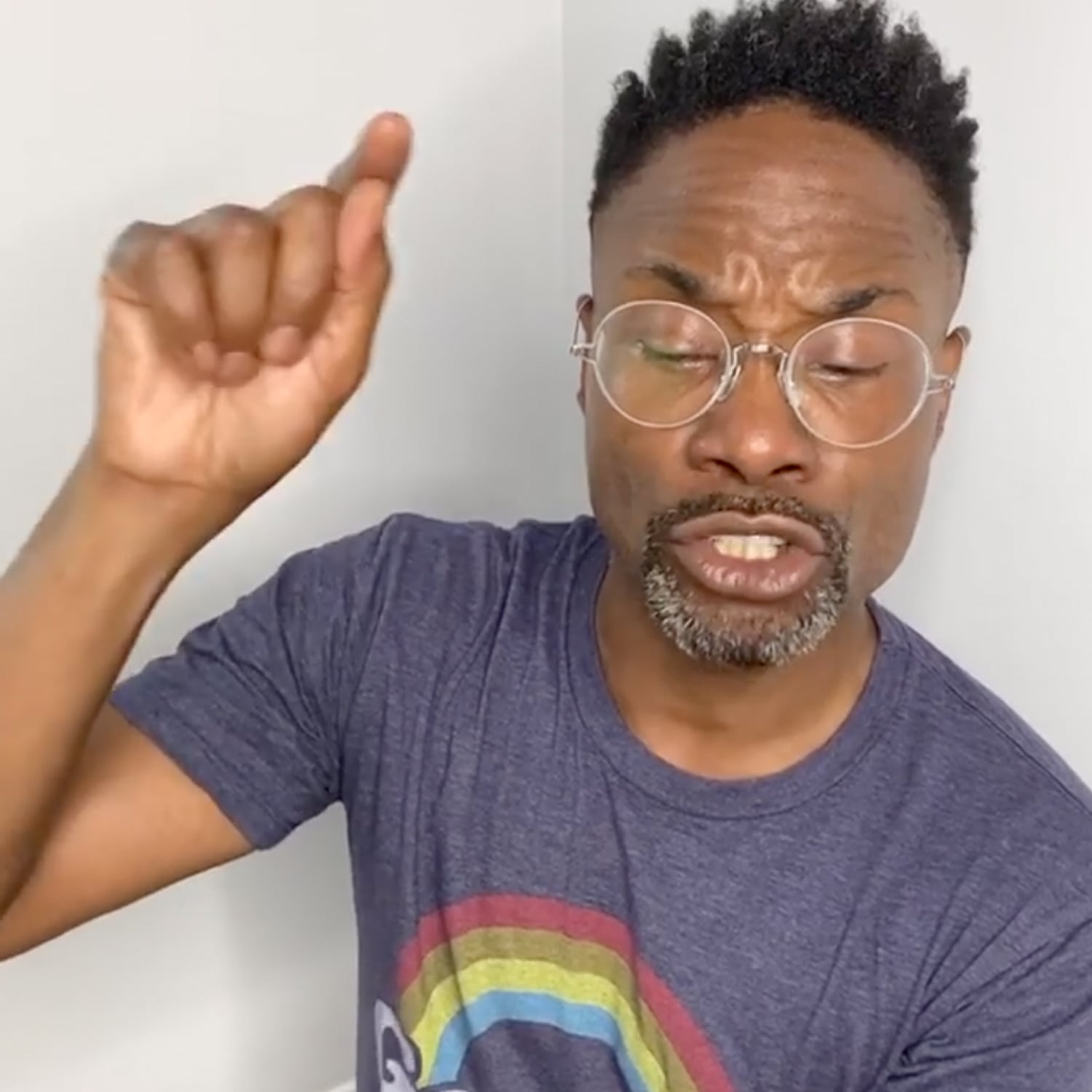 In a candid video shared to his Instagram account on Thursday, Pose star Billy Porter spoke about the heartbreaking realities of being a member of both the Black community and the LGBTQ+ community in America. In the powerful video, Billy opened up about the hate, oppression, and inequity he faces as a Black man every single day and how the country's race-based infrastructure plays a massive role in holding up centuries-old systems of injustice.

"As Black people, we risk our lives every time we leave our homes. As queer people of colour that risk is doubled," Billy said. "We move about our days sucking it up, hiding our pain and terror from the world, trying to make ourselves small so white people and straight people feel comfortable. Our parents try to prepare us for the realities of this world: the fact that the playing field is not leveled, the laws that protect white people do not do the same for us, and that we have to be at least 10 times better at anything we choose to do in life to simply get in the rooms where things happen."

There have been an outpouring of protests following the death of George Floyd at the hands of a police officer on May 25, and Billy insists there is far more work to be done. "Progress has been made. But as we can see, centuries of progress can be rolled back and snuffed out by white men who fear they are losing their power."

Similar to Lizzo, Leslie Jones, and other celebrities, Billy addressed the fact that the Trump Administration has only contributed further to this inherently destructive societal imbalance and encouraged viewers to vote come the November elections. "This election is the most important that we've ever seen in our lifetime," Billy said. "Democracy is on the ballot. White supremacy is on the ballot. Homophobia. Women's rights. Trans rights. Muslim rights. All human rights. All on the ballot this November. And I ask you America: will we be better than this? . . . It's time for change. And this time, change for good. Vote. Vote. VOTE. VOTE."

Watch Billy's full speech here and find out what organisations you can donate to in support of racial justice.