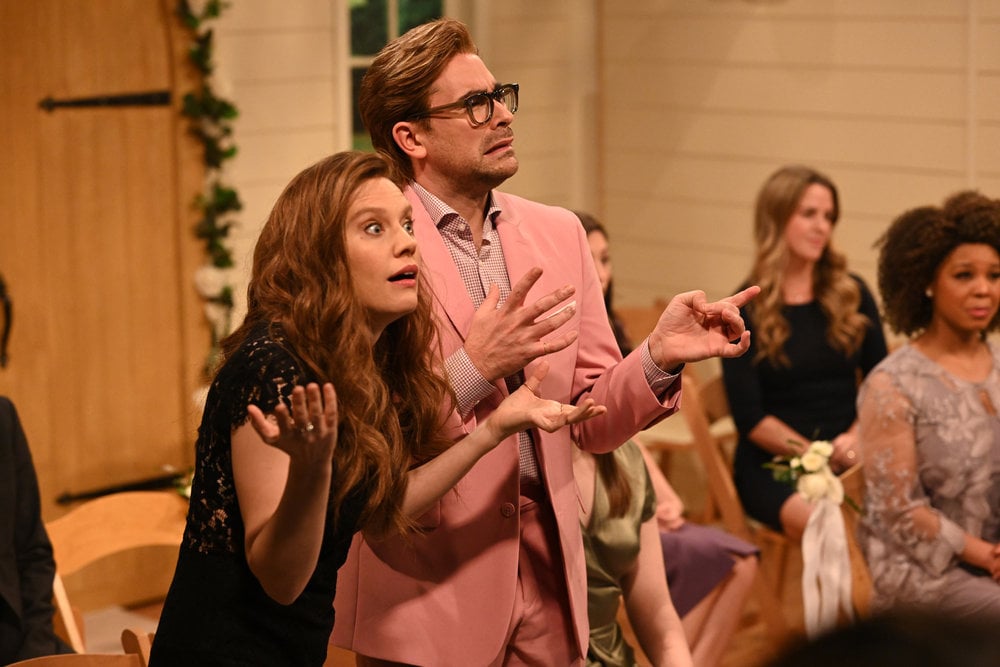 Image Source: Will Heath / NBC
From the moment Dan Levy and Kate McKinnon shared the screen during his stint as host of Saturday Night Live on Feb. 6, it was clear a match had been made in heaven. Now the pair are one-upping each other while explaining to the world exactly what spice means in a commercial for the new Tostitos Habanero flavour. The chips aren't the only spice in their lives, as each has had their fair share of "spicy" roles over the years. "To me, when I think of spice, I think of old movie starlets. So I've gotten to do a lot of old movie parodies on SNL with women who are just spicy as heck," Kate told POPSUGAR. "I don't have the breadth of spicy characters that Kate does, obviously. And I'm reluctant to mention it in the same breath," added Dan.

I don't exactly blame him for being reluctant, as Dan's "spicy" character was on the complete opposite end of the spectrum from Kate's old movie starlets. "The only character that I could think of was a demented murderer that I played in a Lifetime movie. He was very tactical and out to get Mischa Barton," Dan said with a laugh about 2012's Cyberstalker. "In the story they also had him murder her parents. I went through the script at one point and realised that in order for my character to have done that to her parents, I must have done it at around eight years old. I think I was 22 when I played that part. That's not spicy, that's just a really bad role that I, at some point in my career, chose to play." Of course, Kate couldn't help but laugh as Dan regaled this role. 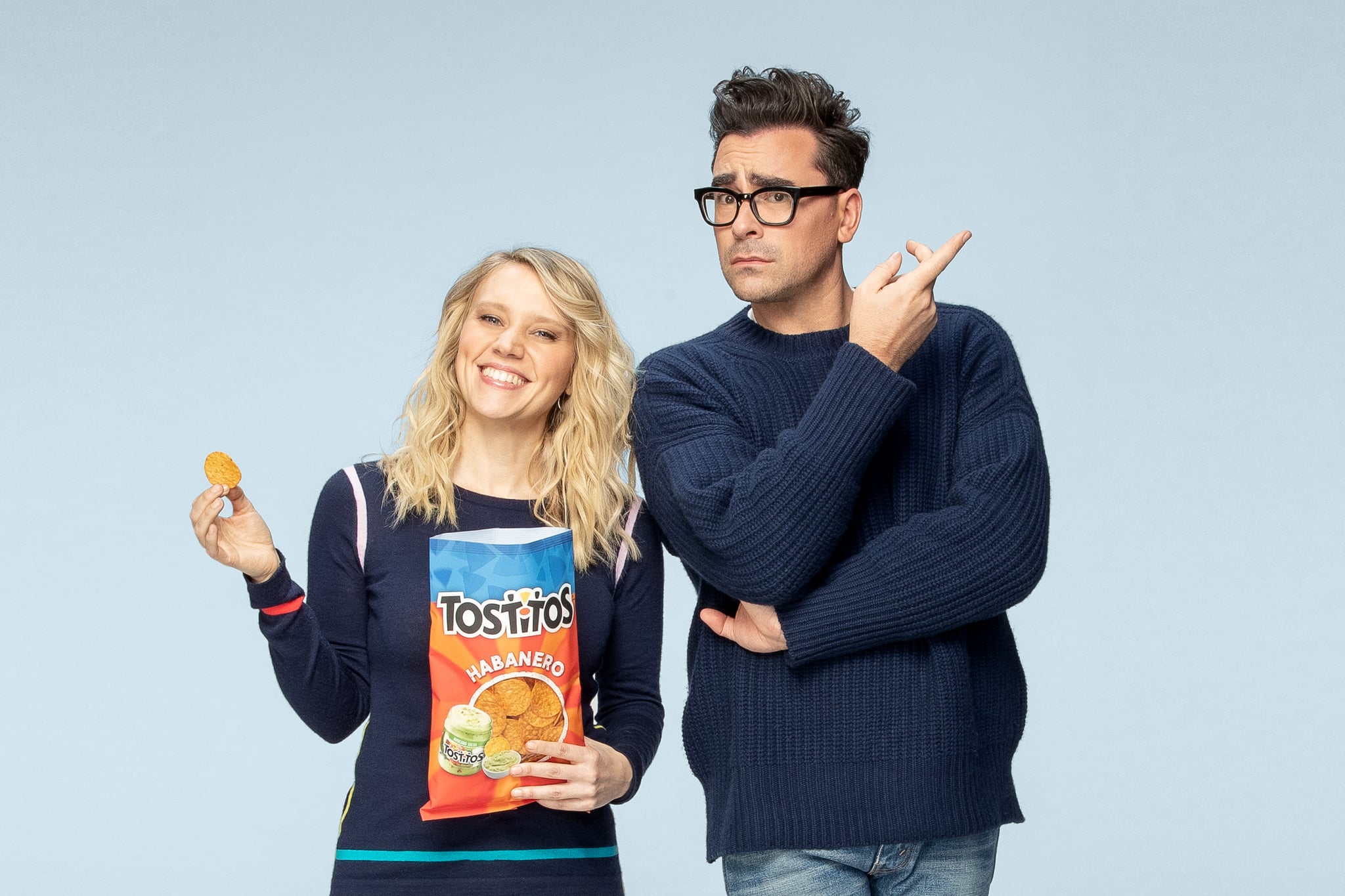 Image Source: Frito-Lay
Throughout our interview, it was hard not to just sit in and let Kate and Dan talk. That's probably why Kate jumped at the chance to work with him again for the campaign. "I have been in love with Dan for many years from afar. So then to hear that I might get to not only meet him but to play with him for a while theatrically. Dan, it was like a dream come true. And it's so far exceeded my expectations," she divulged. "I mean, I know that he is both brilliant and brilliantly funny. And also so obviously kind, just from the content of his work. It was just the greatest day that we had."

"I have been in love with Dan for many years from afar."

When asked whether or not their chemistry together was natural, Dan had this to say, "A 100% no. I've never struggled more." In case you're wondering, yes, that was a joke, and he could barely finish his sentence before he was laughing once more. "We knew that we were doing the commercial before I came to spend some time at SNL so it actually made my time at SNL feel a little bit safer because I had been talking to Kate and very much enjoyed the conversations that we had," he revealed. "And then, obviously, it helps when you do something like the wedding sketch that's so reliant on the dynamic. I think when you're given an opportunity to do something like that, and then you get to do it with someone that you really admire, it's always a plus."

As for them working together in the future, I think it's safe to say that we haven't seen the last of this duo. "I mean, I turned to him at one point during the day and I said, 'I don't want to leave.' I said, 'When can we do this again?'" Kate shared about shooting "One Upper." "I could do it forever," Dan added. "But would I ultimately love to work with Kate again? Yes. The answer is a hundred percent yes. In fact, I started pitching her things as we were on the shoot." Kate then immediately chimed in with, "And guess what? They were all great." To hold you over until their next project—which from the sound of it could be soon—you can check out their Tostitos Habanero commercial below.

Celebrity Interviews
H.E.R. Feels Like She's Finally Earned Her Stripes as an Artist
by Njera Perkins 19 hours ago