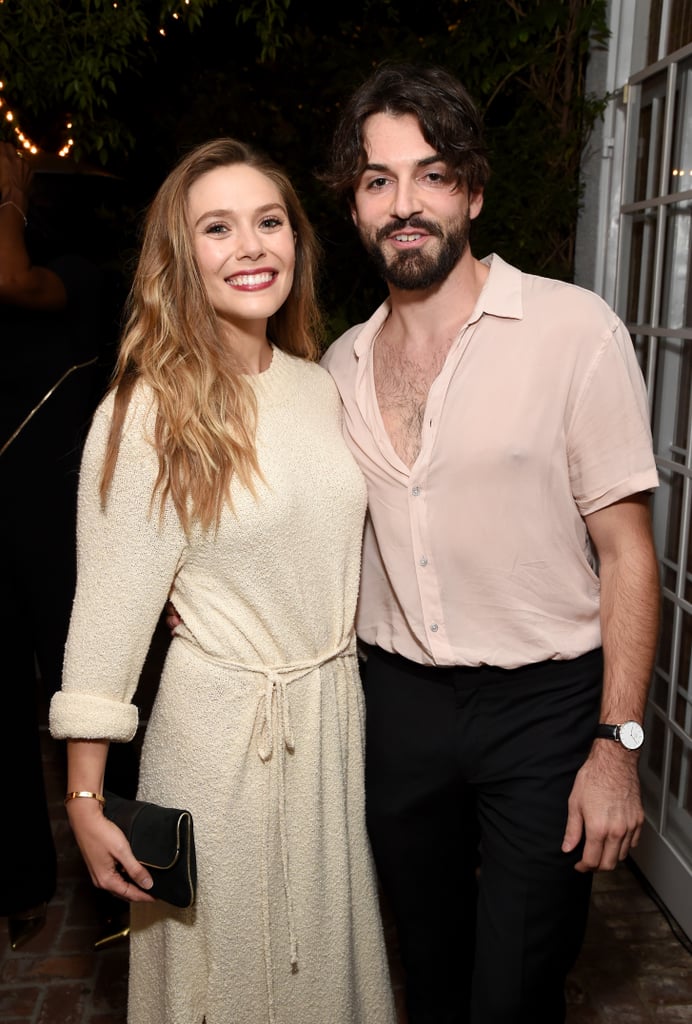 Elizabeth Olsen is married! During a chat with Kaley Cuoco for Variety's Actors on Actors video series, the WandaVision actress casually revealed that she and longtime boyfriend Robbie Arnett quietly tied the knot. While doing the interview from her bathroom, she referred to Robbie as her husband as she noted how he put Little Miss Magic decor in the background. "I also just noticed that my husband put Little Miss Magic. You know, the Little Miss books?" she said to Kaley. "They're these classic books but 'magic' because of WandaVision because he's such a f*cking cutie!"

The surprise marriage news isn't too much of a shock for fans of the couple, as they've been notoriously private about their relationship over the years. Elizabeth first met the musician while on holiday in Mexico, and eventually sparked romance rumours when they were spotted walking arm-in-arm in NYC in March 2017. In 2019, E! News reported that they were engaged, but the couple never commented on the news themselves. Though they've been quiet about their love, they have given us a few glimpses of it with their public appearances. See some of their cutest pictures ahead.