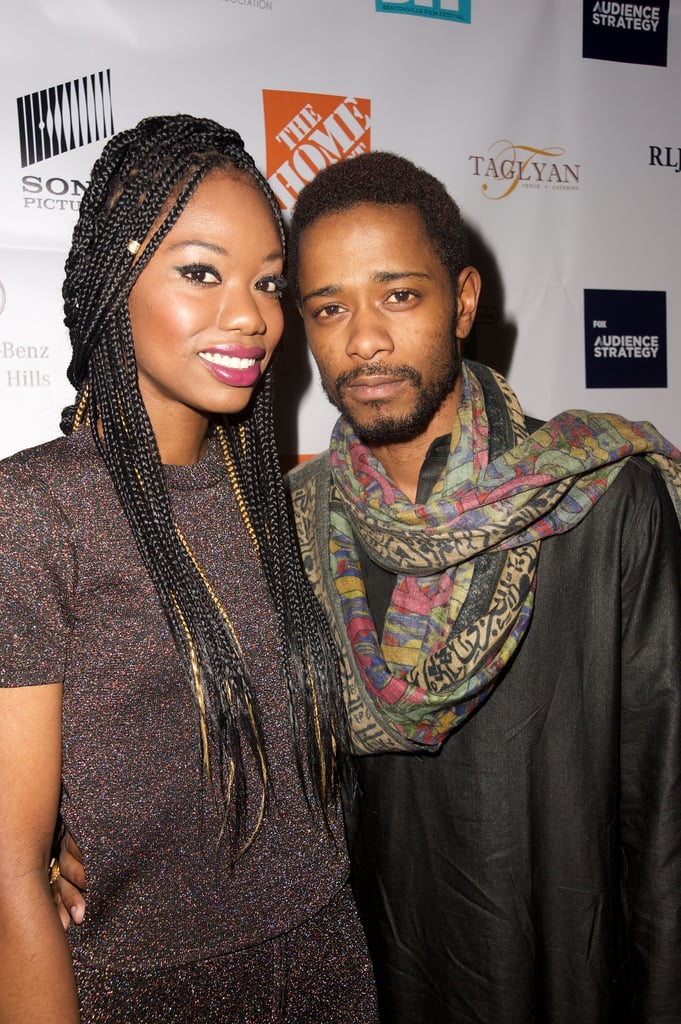 LaKeith Stanfield and Xosha Roquemore have been dating for a moment now, and their relationship remains as cute as ever — even if they're both tight-lipped about it. Stanfield is known for his roles in Atlanta, Knives Out, Sorry to Bother You, and other recent projects. Roquemore has a pretty formidable career of her own, too, previously playing Tamra in The Mindy Project and soon to be starring in the upcoming Space Jam: A New Legacy. From what we know, the power couple started dating in 2015 and welcomed a daughter together in 2017.

Although they keep their relationship relatively private, Stanfield and Roquemore seem to be very much together still. Stanfield was recently up for an Oscar for playing Bill O'Neal in Judas and the Black Messiah. After he showed up in a sharp YSL fit at the 93rd Academy Awards, Roquemore quote-tweeted a set of pictures of him, hilariously commenting, "This is how I ended up pregnant." Aside from small jokes like these, the couple has definitely taken cute red carpet pictures over the years as well. Keep scrolling ahead to see their most adorable moments together!