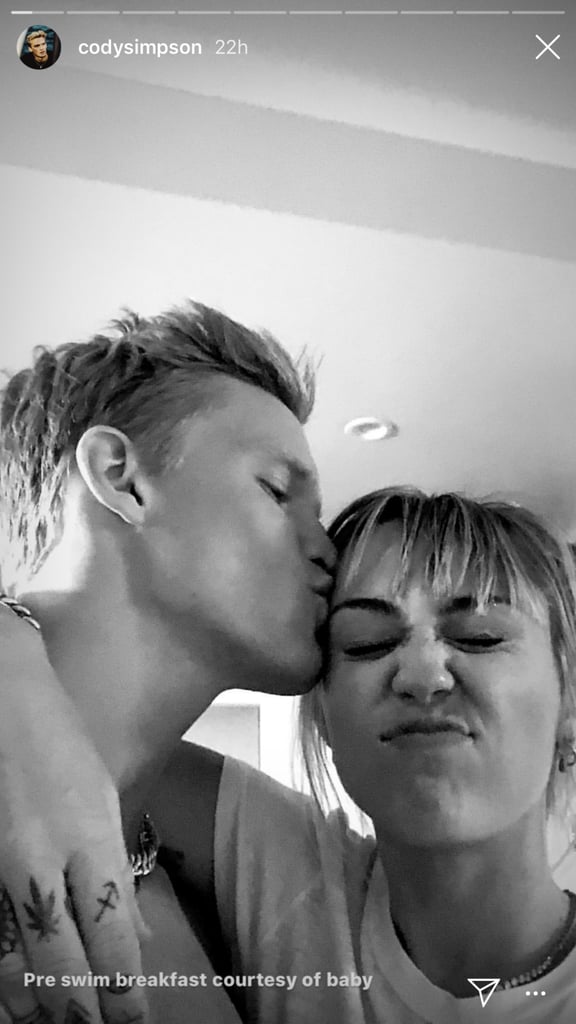 Miley Cyrus has moved on from Kaitlynn Carter with Cody Simpson. The duo have actually been friends for several years, but it looks like their friendship has now turned into a romance. After the 26-year-old singer was recently spotted kissing the 22-year-old Australian musician at a Backyard Bowls in LA, Miley confirmed the dating rumours on social media, writing, "Get used to me dating - this is where I am at!"

Miley was famously in a 10-year on-and-off relationship with Liam Hemsworth before they wed in December 2018. Their marriage was short-lived as they separated seven months later, and Miley then briefly dated The Hills star Kaitlynn Carter.

Cody, on the other hand, previously dated Clair Wuestenberg and Gigi Hadid. However, in 2012, he admitted that Miley was his celebrity crush in an interview with Fuse. "I know all the words to her songs, I'm not gonna lie. I'm not ashamed about it at all," he said. "I was a big Miley Cyrus fan and I think she will be forever the most date-able Disney star." Well, it looks like Cody's dream has finally come true. See some of Cody and Miley's cutest moments ahead!

Related:
Miley Cyrus Has Been Raking in the Cash Since She Was a Teen — See Just How Much
Previous Next Start Slideshow
Cody SimpsonCelebrity InstagramsCelebrity CouplesCelebrity PDAMiley Cyrus