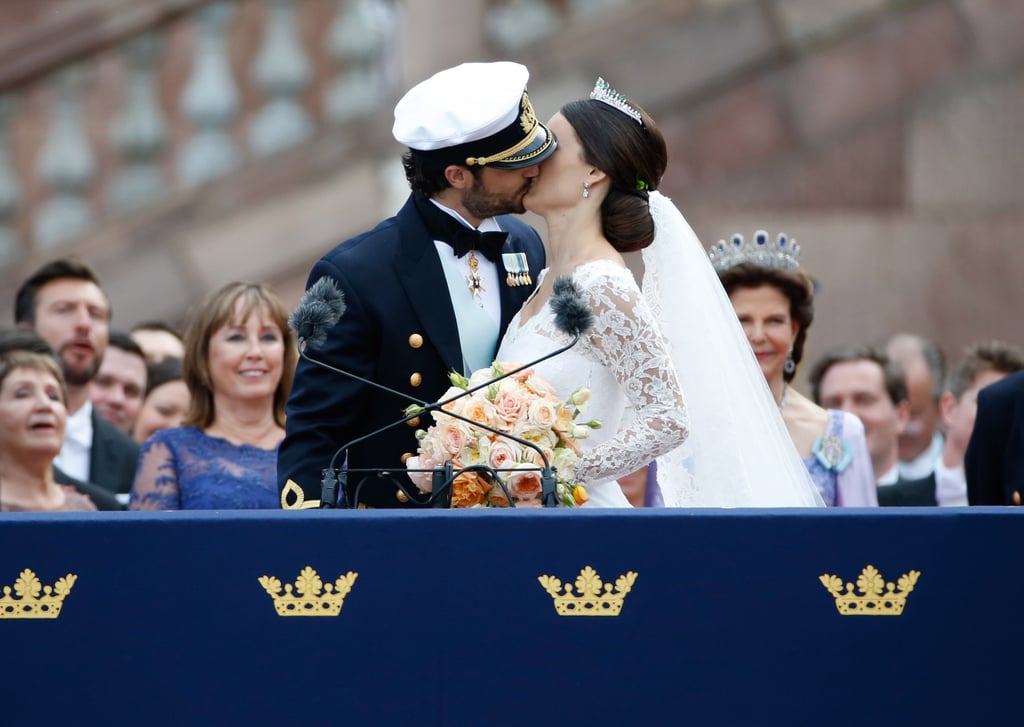 They're one of Europe's most romantic royal couples, and when Prince Carl Philip of Sweden married Sofia Hellqvist in Stockholm on June 13, 2015, they gave us one of the dreamiest wedding kisses to seal their love story. After a more staid smooch on the steps of the church, Carl Philip and Sofia got pretty passionate on the balcony of Stockholm's royal palace and melted plenty of hearts while they were at it.