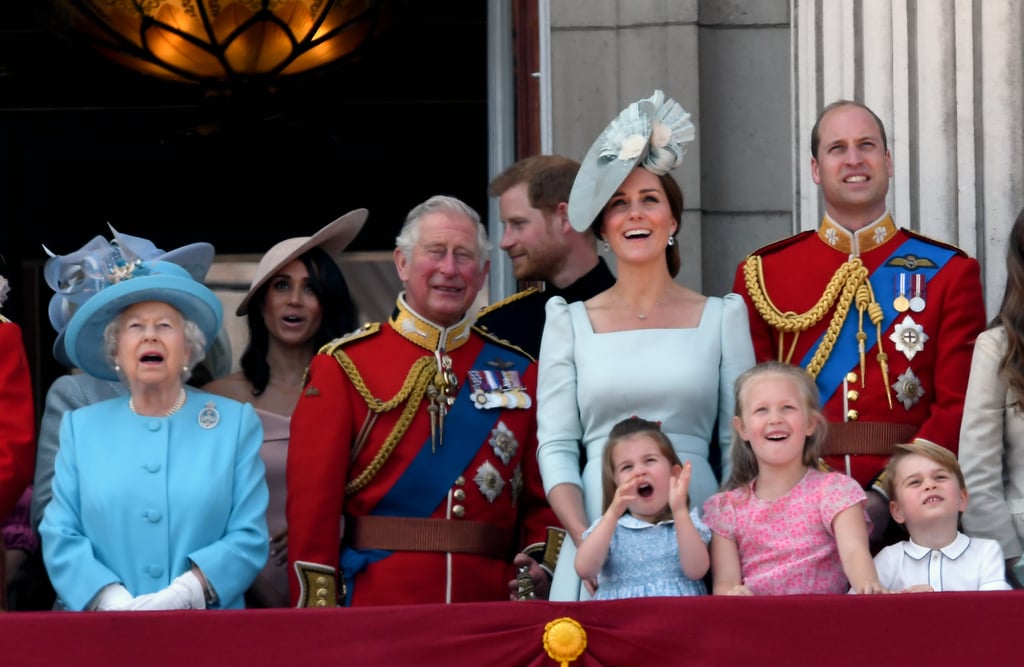 Trooping the Colour Brings the Crew Together

The whole royal family made their annual appearance on the balcony of Buckingham Palace for the Trooping the Colour in June. The big event celebrates the Queen's birthday, which is actually in April, and is always an exciting chance to see the extended family — kids included — in their royal regalia. It was also Meghan's first time attending and her and Harry's first appearance since returning from their top-secret honeymoon. Needless to say, all eyes were on the duo as they chatted with Prince Charles and navigated their position on the balcony. Meghan even got a little help from Harry on curtsy protocol!