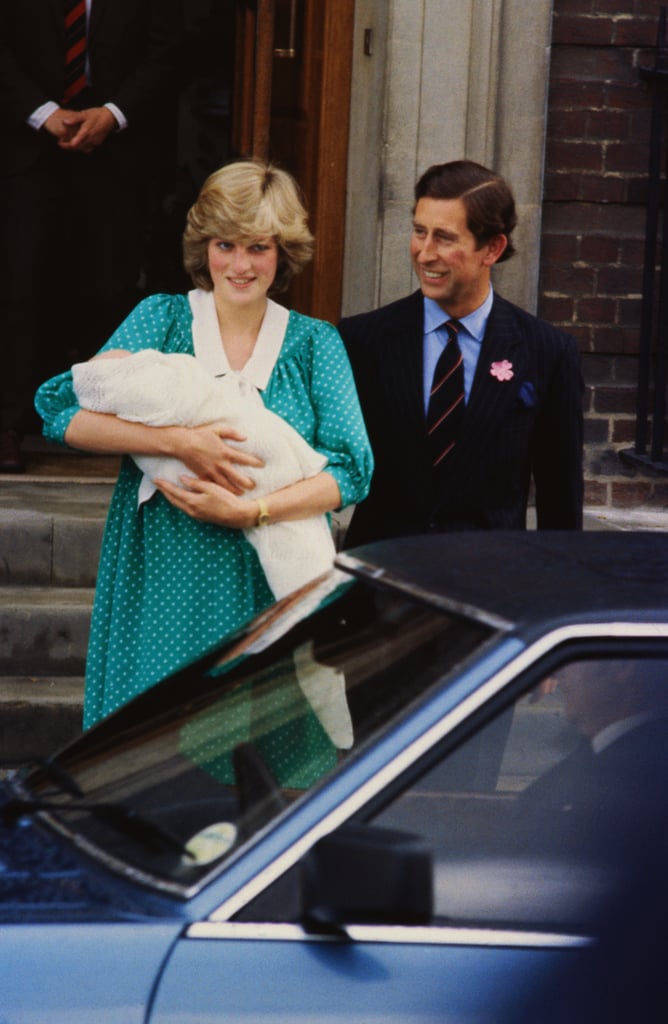 Prince Charles and Princess Diana welcomed their first child and heir to the throne Prince William on June 21, 1982 at St. Mary's hospital in London. Being that she had given birth to a future king, Diana was also the first royal to present her newborn to the world outside of the Lindo Wing the following day. The historic move helped change how royal babies have been delivered and introduced to the public ever since.

Celebrity Style
Yes, The Duchess of Cambridge Has Mini Tennis Players All Over Her Dress — How Delightful Is That?
by Sarah Wasilak 4 hours ago

Chloe X Halle
Meghan Markle, Michelle Obama, and More Team Up for the Girl Up 2020 Leadership Summit
by Kara Kia 1 day ago