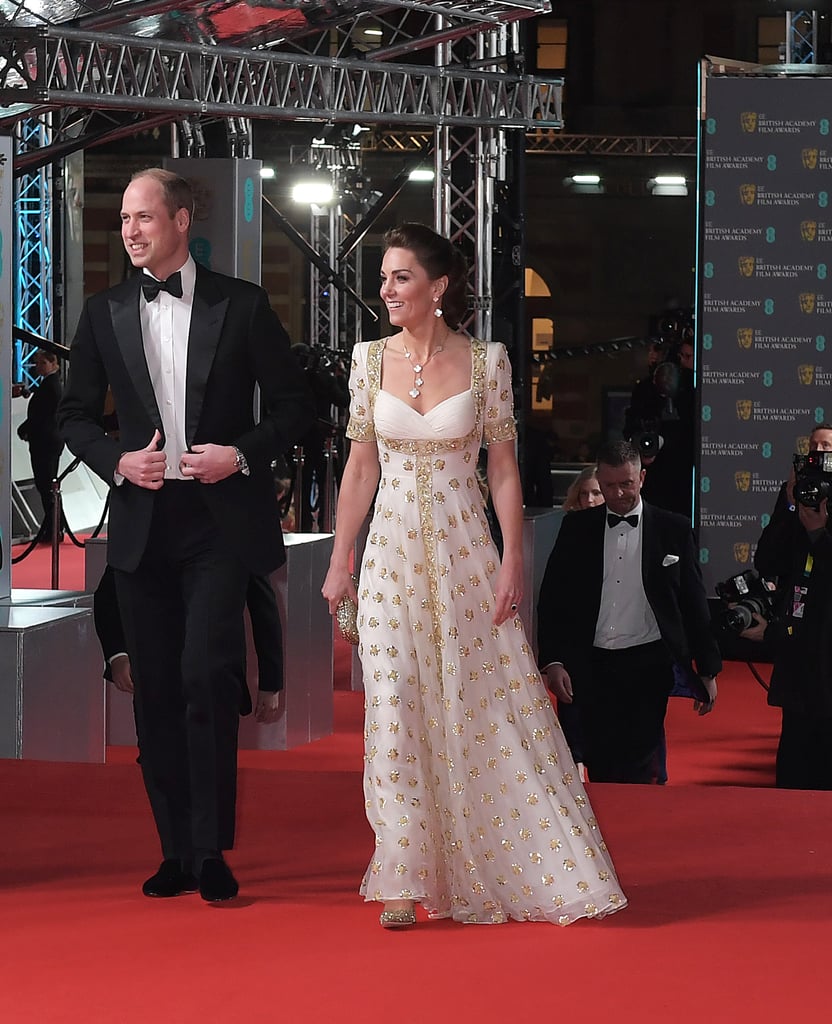 Another year, another glamorous night out at the 2020 BAFTA Awards for the duke and duchess of Cambridge.

The pair looked delighted to be on the red carpet for their annual date night to the awards, swiftly making their way into Royal Albert Hall where the ceremony was held. Kate wore a gold Alexander McQueen dress, a gown she's worn before on several occasions, in keeping with the BAFTAs' request for sustainability. William looked dapper alongside her, wearing a black tuxedo and black velvet shoes.

Since becoming president of the British Academy of Film and Television Arts in 2010, Prince William has attended the award show a number of years with Kate by his side. The duke and duchess always make sure to not only walk the red carpet but also mingle with the winners.

Ahead, see all of the photos from William and Kate's night out at the BAFTAs so far.

British Celebrities
Daisy Ridley Doesn’t Hold Back on Her Celebrity Bake Off Experience: “It Was Actually Painful”
by Kara Kia 9 hours ago