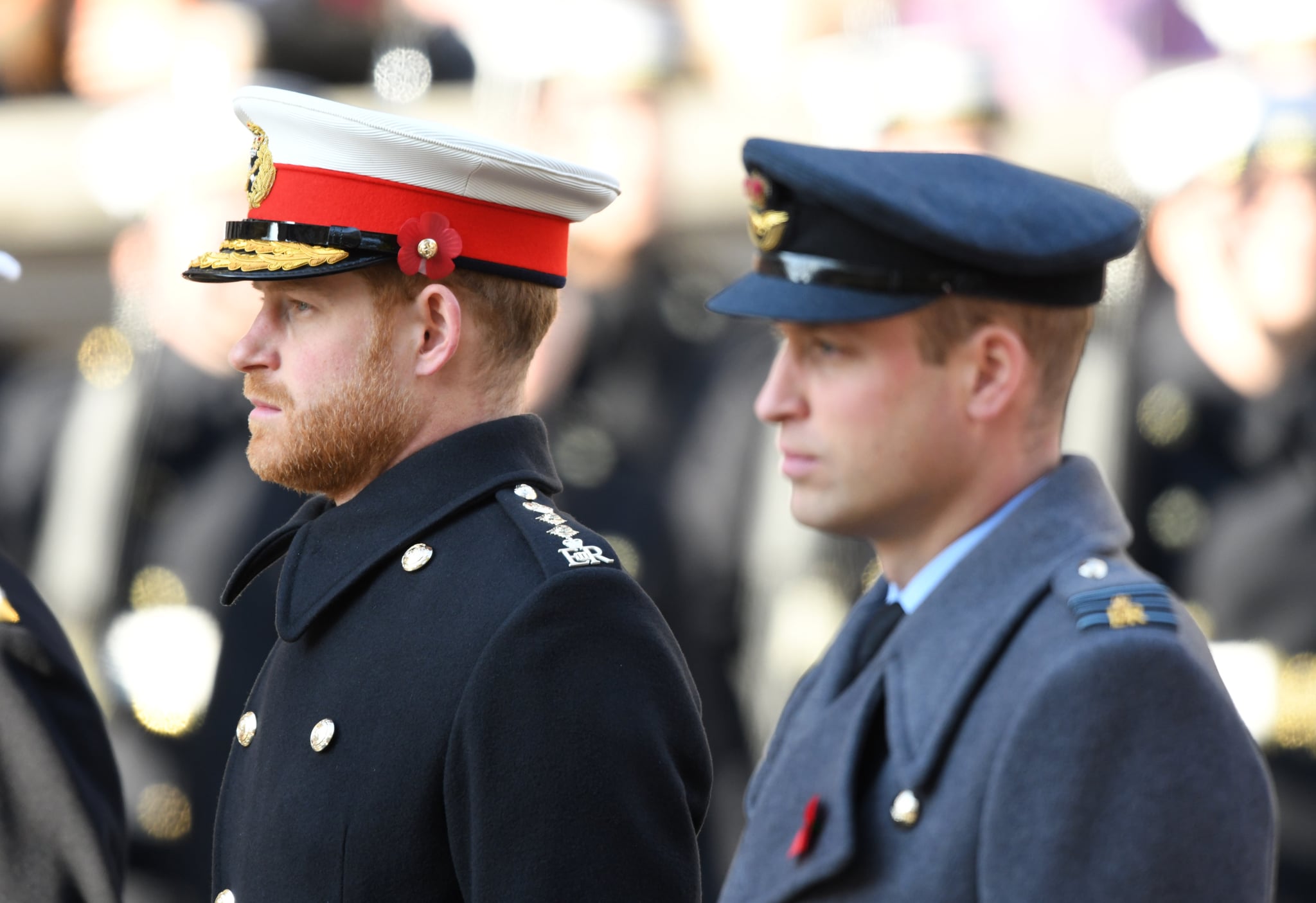 Prince William and Prince Harry will not be walking next to each other at Prince Philip's funeral on 17 April, Buckingham Palace confirmed on Thursday. The brothers will both walk behind their grandfather's coffin, however, their cousin Peter Phillips will walk between them. For the second procession into the chapel, William will then walk with Peter, while Harry and David Armstrong-Jones will walk behind them.

But before rumours of Harry and William's brotherly rift begin swirling again, a palace spokesperson noted to People that the processional order was "a practical change rather than sending a signal." "This is a funeral and we are not going to be drawn into perceptions of drama," the spokesperson added. "The arrangements have been agreed and represent Her Majesty's wishes." In an effort to reflect family unity, the family will also forego wearing military uniforms and instead wear mourning dress.

Philip died at the age of 99 on 9 April. Following his passing, Harry returned to the UK for the first time since his royal exit, though, Meghan Markle — who is currently pregnant with her second child — was advised by her physician not to travel. However, the couple did pay tribute to him on their Archewell website and Harry also penned a separate letter for his grandfather, in which he thanked Philip for his service, his "dedication to Granny," and for always being himself.