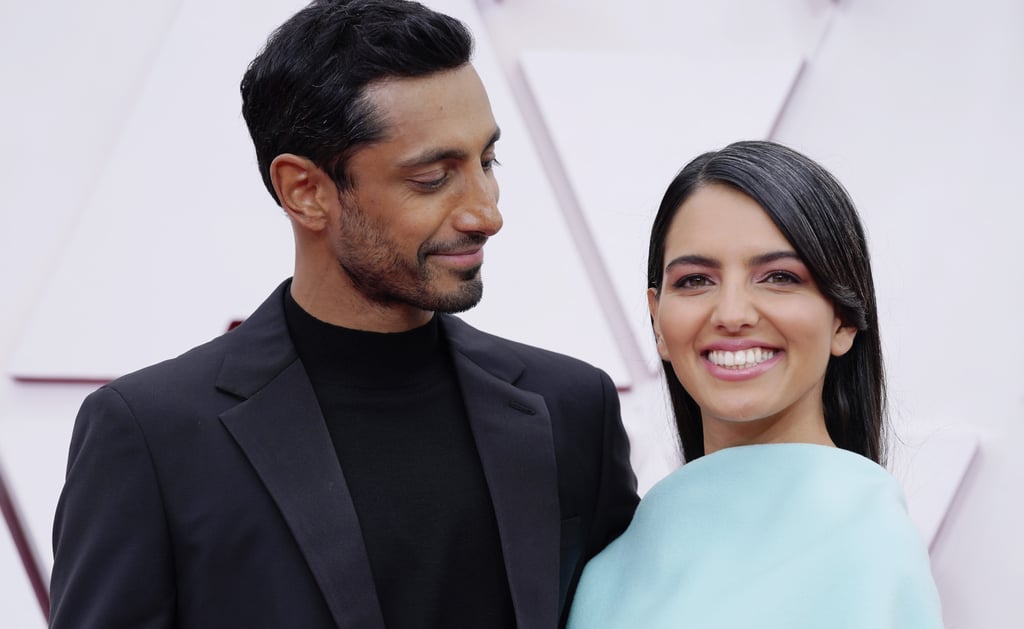 Swoon! Riz Ahmed Stepped In to Fix His Wife's Hair on the Oscars Red Carpet

Riz Ahmed and his wife Fatima Farheen Mirza have officially made their red carpet debut! On April 25, the newlyweds showed up for the Oscars where Riz is nominated for best actor. The Sound of Metal star ensured Fatima had the most glamorous experience at her first award show, even pausing their red carpet photos to fix her hair. "I'm the official groomer," he joked to the photographers.

Riz and novelist Fatima actually met while he was preparing for his big role, when they sat at the same booth at a café. Fighting over a laptop charging port turned into a friendship which turned into something more! The Oscars are certainly a far cry from a coffee shop, but the way these two lovebirds look at each other, it seems clear they're happy to be anywhere as long as they're together. Get a closer look at their night at the award show below.