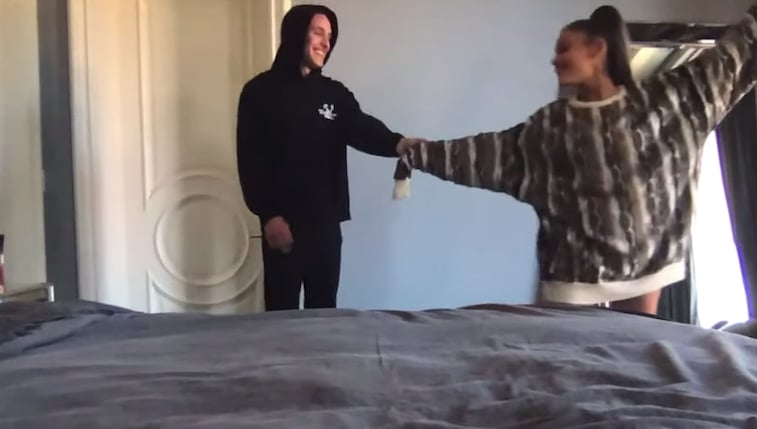 So, I guess it's official now — Ariana Grande and Dalton Gomez are dating! After months of speculation, the 26-year-old singer confirmed her romance with the real estate agent in her star-studded "Stuck With U" music video featuring Justin Bieber. Ariana and Dalton were first linked together in February when they were spotted kissing at a bar outside of LA following the pop star's reported split from Social House's Mikey Foster. While the two have kept their romance fairly low-key, by the looks of the music video, he is currently isolating with Ariana at her home in LA. Keep reading to get to know more about Ariana's new man and check out the "Stuck With U" video.

The 2000s
Why Did Ben Affleck and Jennifer Lopez Break Up? The Reason Is Sad
by Corinne Sullivan 7 hours ago