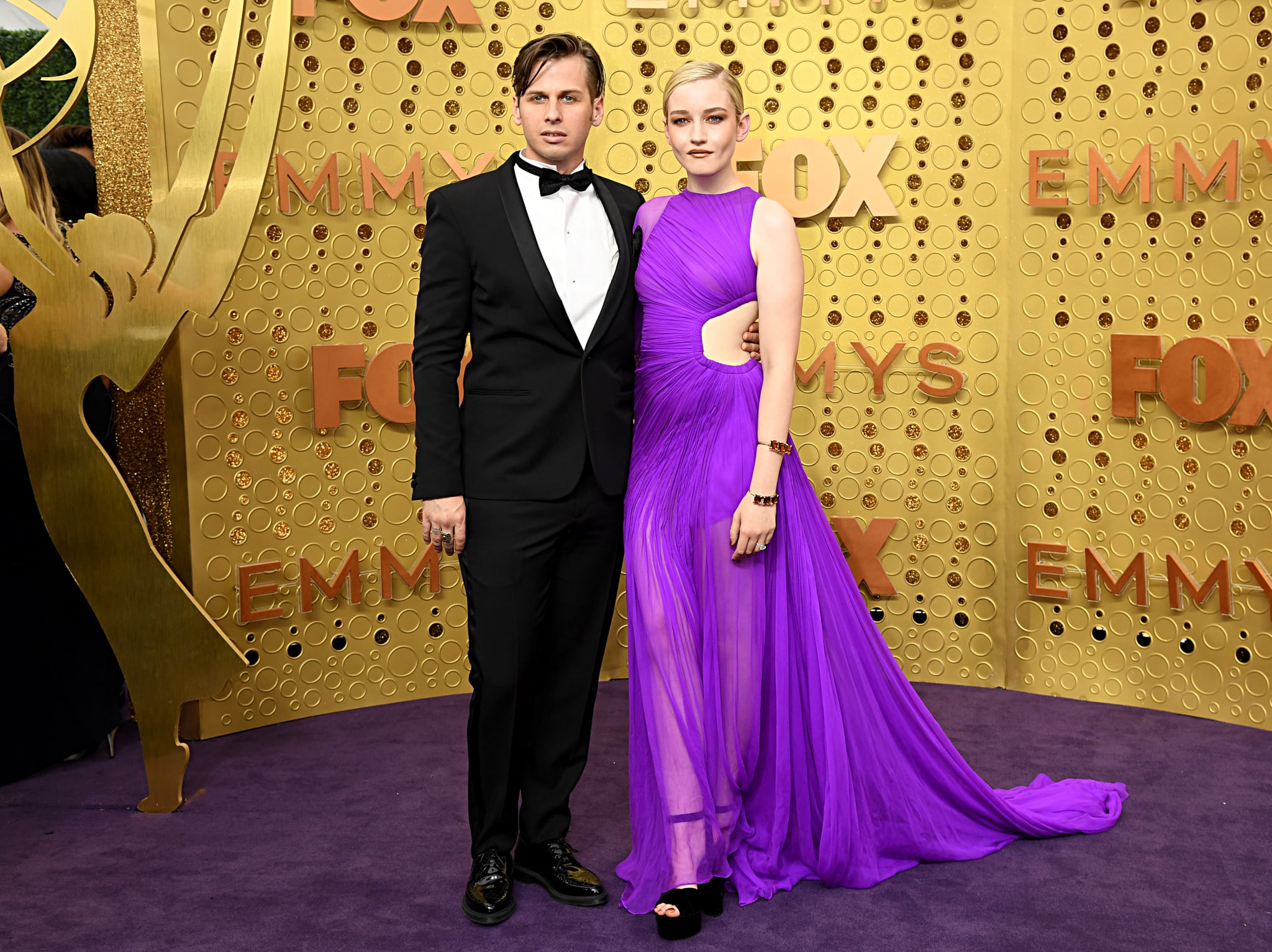 Ozark's Julia Garner landed her second consecutive Emmy win on Sunday, and right by her side for her at-home acceptance was her husband, Mark Foster. There's a pretty good chance that you recognise Foster as more than just the guy sitting next to Garner at every awards show — he's a popular musician!

Foster is best known for being the lead singer of the band Foster the People, which he formed in 2009 with his friend, drummer Mark Pontius, and, later, bassist Cubbie Fink. Over the past decade, the band has released three studio albums: their debut Torches in 2011, Supermodel in 2014, and their most recent, Sacred Hearts Club, in 2017. Torches and its breakout song, "Pumped Up Kicks," garnered three Grammy nominations in 2012 for the band.

According to their wedding profile in Vogue, Garner and Foster met in the most Hollywood of ways: at the Sundance Film Festival one year. Still, it was a surprisingly ordinary connection when they actually got to talking: "In our first conversation, we realised that my grandmother lived in the same small town that his dad lives in, just outside of Cleveland," Garner revealed, adding that they began seeing each other annually at Christmas in Cleveland for years before they sparked something up. After dating for less than a year, Foster proposed during a road trip in between their busy schedules in May 2019. "He read me a poem he had written to me, and when he finished, he dropped to a knee and asked me to marry him... It was surreal and beautiful," Garner told Vogue.

The couple quietly married in December 2019, with a family-only ceremony and a reception with close friends and family. Garner told Vogue that Foster surprised her with an unusual wedding present: a song written just for her, called "Lovers in a Stream." "Mark wrote, produced, and sang it. It was very surreal, and the most beautiful present I've ever received. It felt like I was floating up in the air—it was the most magical moment I've ever had. The only people who heard this song were at the wedding, but it will come out soon," she shared. Since then, Foster has been nothing but supportive of his wife's work on Ozark, and he's been by her side at all the big events, including these two Emmys in a row!