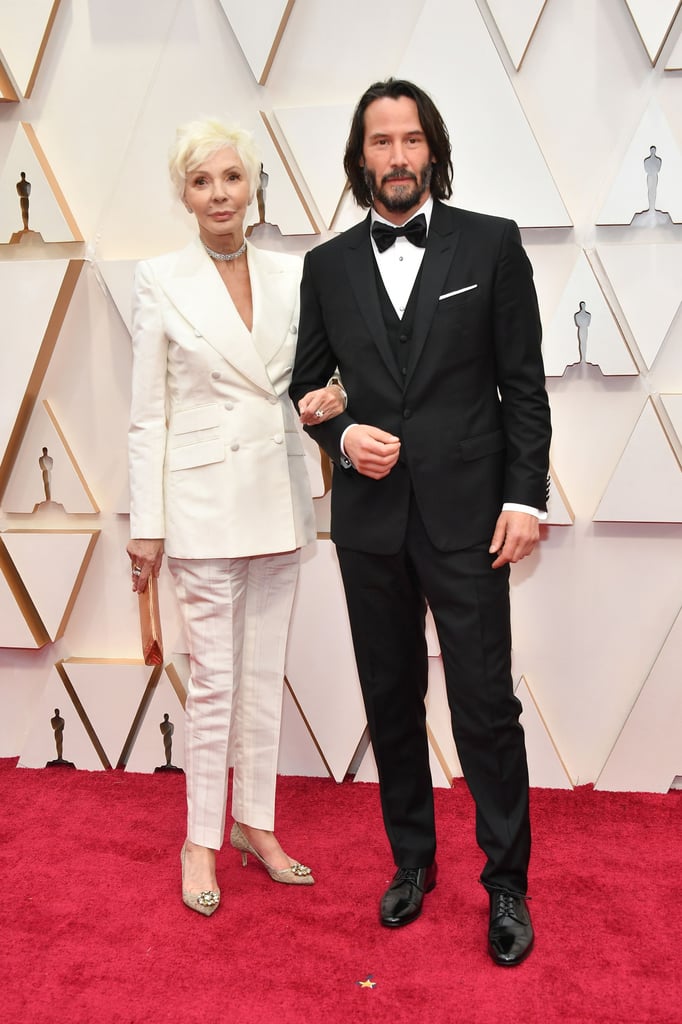 Keanu Reeves Brought His Mom to the Oscars, and Some Thought She Was His Girlfriend

Whereas plenty of Hollywood stars use the Oscars as an excuse for a super-fancy date night, Keanu Reeves didn't go on that direction. Reeves's date to the Oscars was his mom, Patricia Taylor. Although some viewers didn't recognise Taylor — and some even thought she was his girlfriend Alexandra Grant — she's actually a member of the film industry herself.

Taylor is a costume and production designer who's worked with major stars throughout the course of her career. According to her IMDB page, she's not just limited her career to the movies, either: before becoming a designer, she was a showgirl, and her famous costume clients have included Alice Cooper and Dolly Parton. Check out some of the best pictures of the proud mom-and-son duo ahead.