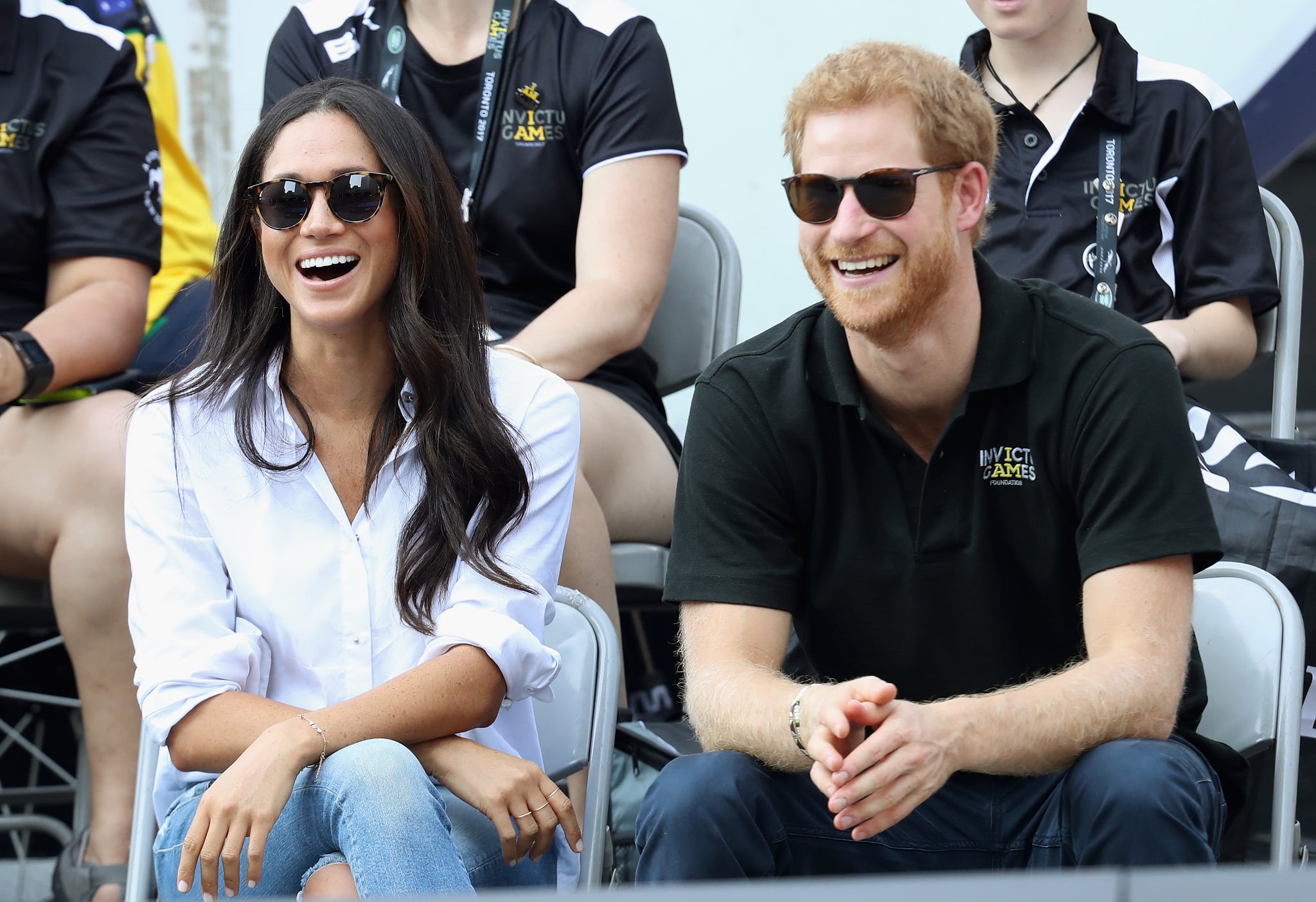 Ever since Prince Harry and Meghan Markle became a couple, you'd need to be living in a cave to miss the intense media scrutiny they've been subjected to. Meghan has come under fire for what she wears (even down to the colour of her tights,) the way she crosses her legs, the fact that she touched her own baby bump, and painfully inevitably, the state of her postpartum body. She has been mercilessly pitted against her sister-in-law, the Duchess of Cambridge, and basically had every aspect of her life shredded to pieces by the British press.

Personally, I have felt a mounting sense of unease and sadness at the way the couple have been treated. That's why I experienced an enormous sense of relief on their behalf when I read the announcement that Meghan and Harry have decided to step back as "senior" members of the Royal Family. I imagine however, that my empathy-driven relief must be nothing compared to their own. Prince Harry has been very open about his own struggles with mental health, and in Meghan's case, when you become a mother, your mental health can become fragile, it doesn't matter who you are or what you have (trust me, as a mum I should know). With baby Archie added to the dynamic, Harry and Meghan appeared to be an emotional bomb waiting to explode.

In Meghan's case, when you become a mother, your mental health can become fragile, it doesn't matter who you are or what you have (trust me, as a mum I should know).

Apart from diffusing that bomb, stepping back from their duties will — on a practical note — give Prince Charles the chance to shrink down the monarchy, something he's been saying he will do once he becomes King. A smaller, core monarchy will give those against the Royal Family something to be pleased about and ease the pressure on other lesser members (or less "senior" members) of the present Royal Family, who may want to follow in the footsteps of Harry and Meghan and move away from a life that not only appears antiquated to some but also may not even bring those inside of it much happiness.

For Harry and Meghan, I sincerely hope that stepping down gives them a chance to heal from what they have gone through over the past few years. Let's not forget that Meghan gave up a career that she would've worked hard for and must've been difficult to leave behind. She came to live in an unfamiliar country, with a family whose customs and ceremonies she couldn't possibly have anticipated would impact her life in the way they did. She had a global audience at her wedding and has lived out a pregnancy and postpartum period in the public eye — including having to address the address the same global audience just days after giving birth, while wearing a white dress. She's had to do all of this while being away from her own mother and with an extended family who also seem intent on not making anything easy for her at all. When I had my babies, I lived in leggings for months (actually, make that years), forgot to eat or wash my hair, and cried to my mum more times than I care to remember. I hope that, going forward, Meghan can be nearer to her mother and leave the house in leggings, no makeup, and a messy bun — with nobody taking pictures of her, or criticising the way she holds her son.

I will never forget watching a clip of Meghan, during the poignant documentary that she and Harry released last year, where she she said "not many people have asked me if I'm OK" since joining the Royal Family and becoming a new mum. There are always those who will be quick to say that Meghan has everything — the social status, the loving husband, the money — but she's still a human with feelings, and not to ask a new mum if she's OK, regardless of status and circumstance, is not OK.

Meghan and Harry's status as royalty, or what the press writes about them, doesn't make them any less entitled to human feelings, wants, and needs.

In stepping down, Meghan and Harry will carry on shutting down the negativity thrown at them. They will continue to be trailblazers in bringing the Royal Family into the 21st century, showing everybody that they do whatever they want for themselves and their family — sticking it to the press who relentlessly drag them down and who will no doubt blame the whole thing on Meghan. Together, they will have more time to fight the racist undercurrent that seems to run unchecked in a lot of what is written about their relationship, and Meghan will continue to fight her feminist fight, inspiring girls and women around the world. She can also choose to maintain her status as a fashion icon, or work from home on projects of her choice wearing jogging bottoms.

Harry and Meghan are a young couple in love, and who they are doesn't take that fact away. Their status as royalty, or what the press writes about them, doesn't make them any less entitled to human feelings, wants, and needs. I, for one, look forward to them being able to take time to meet their basic human needs — all while wearing the same outfits for several days in a row if they choose, because to suggest they shouldn't is just another reason I'm glad they will hopefully be less at the forefront of media circus they've found themselves in. I'm happy to join Meghan, if she'd like. I'm an expert at wearing the same clothes, and I've only just started to wear white again.