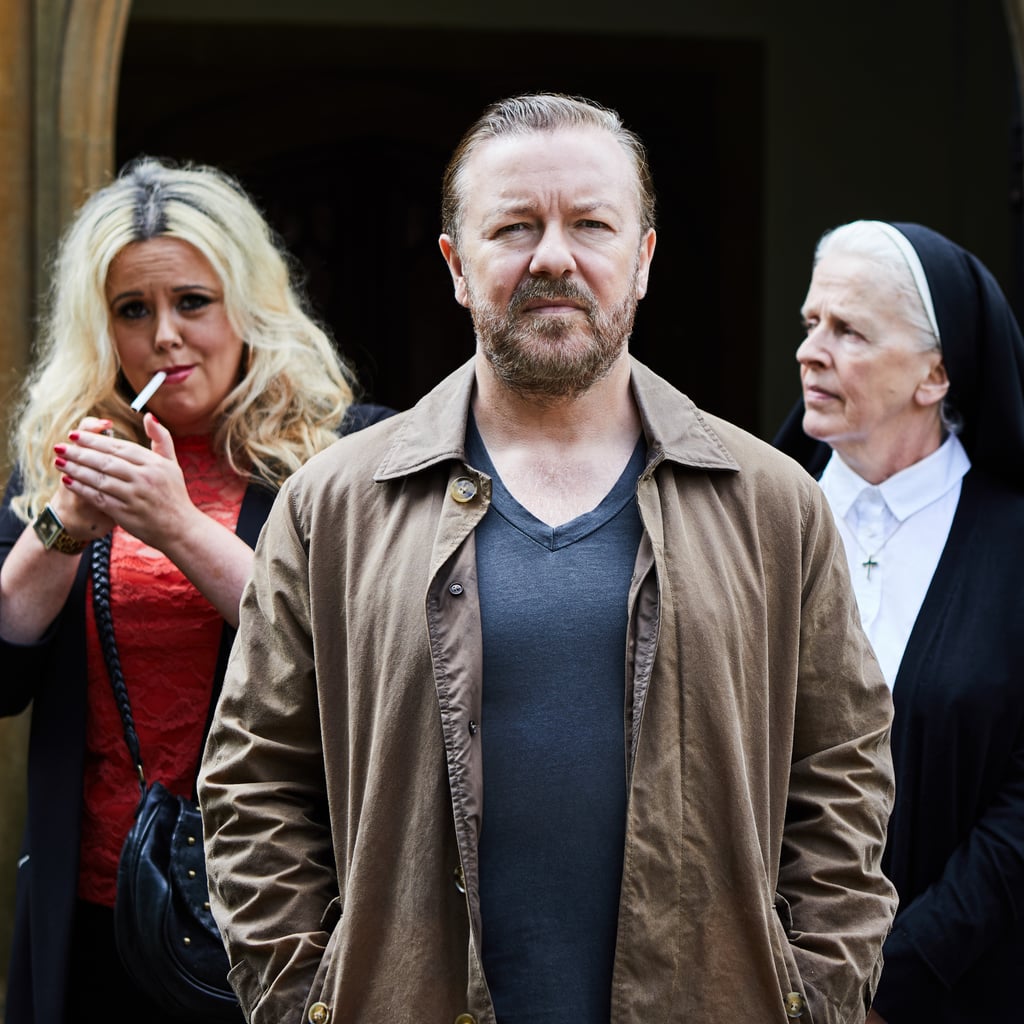 Netflix's cynical-but-sentimental dramedy After Life is getting a second season this April, so hopefully you're prepared for a whole lot more Ricky Gervais on your TV screens.

"I have never had a reaction like this before," Gervais said in a statement following the announcement that Netflix had renewed the show. "It's been insane. And heartwarming. But now I have to make sure the second season is even better so I'll probably have to work much harder than usual. Annoying really."

The six-part series debuted on the streaming platform in March 2019, following Tony (Gervais), a nice man whose perfect life is shattered when his wife, Lisa (Kerry Godliman), dies. Struggling with grief, Tony decides that instead of doing something drastic like taking his own life, he's going to radically change the way he goes about his days in his British village. Essentially, he decides to be a remorseless d*ck. Fortunately for Tony, his friends and family won't give up on him as easily as he's given up on himself, resulting in a comedy that has plenty of heart to balance out the cynicism.

Related:
100+ New Original Netflix Series That Were Required Watching in 2019

"After Life has moved audiences from laughter to tears around the world and we are thrilled to announce that Ricky Gervais will be back with a second season on Netflix," the company's chief content officer, Ted Sarandos, said. "We are so proud to play host to Ricky's brilliant stand up comedy, specials, original films, and series and join in the joy of the fans with his latest hit."

Season two will see Tony continue to process the loss of his wife, while facing the possibility that the local newspaper he works at might get closed down. On the positive side, he'll also learn to let more people in and become a better friend, and if the first-look images from Netflix are anything to go on, he does look happier than in the first season.

After Life also stars Tom Basden, Tony Way, David Bradley, Ashley Jensen, and more, who are expected to return for the second season. Season two will have six episodes just like its first and will premiere on April 24, 2020. Ahead, see the first look at After Life's second season.

Netflix
Netflix Isn't Currently Planning a Love Is Blind Reunion — Could That Change?
by Amanda Prahl 1 day ago