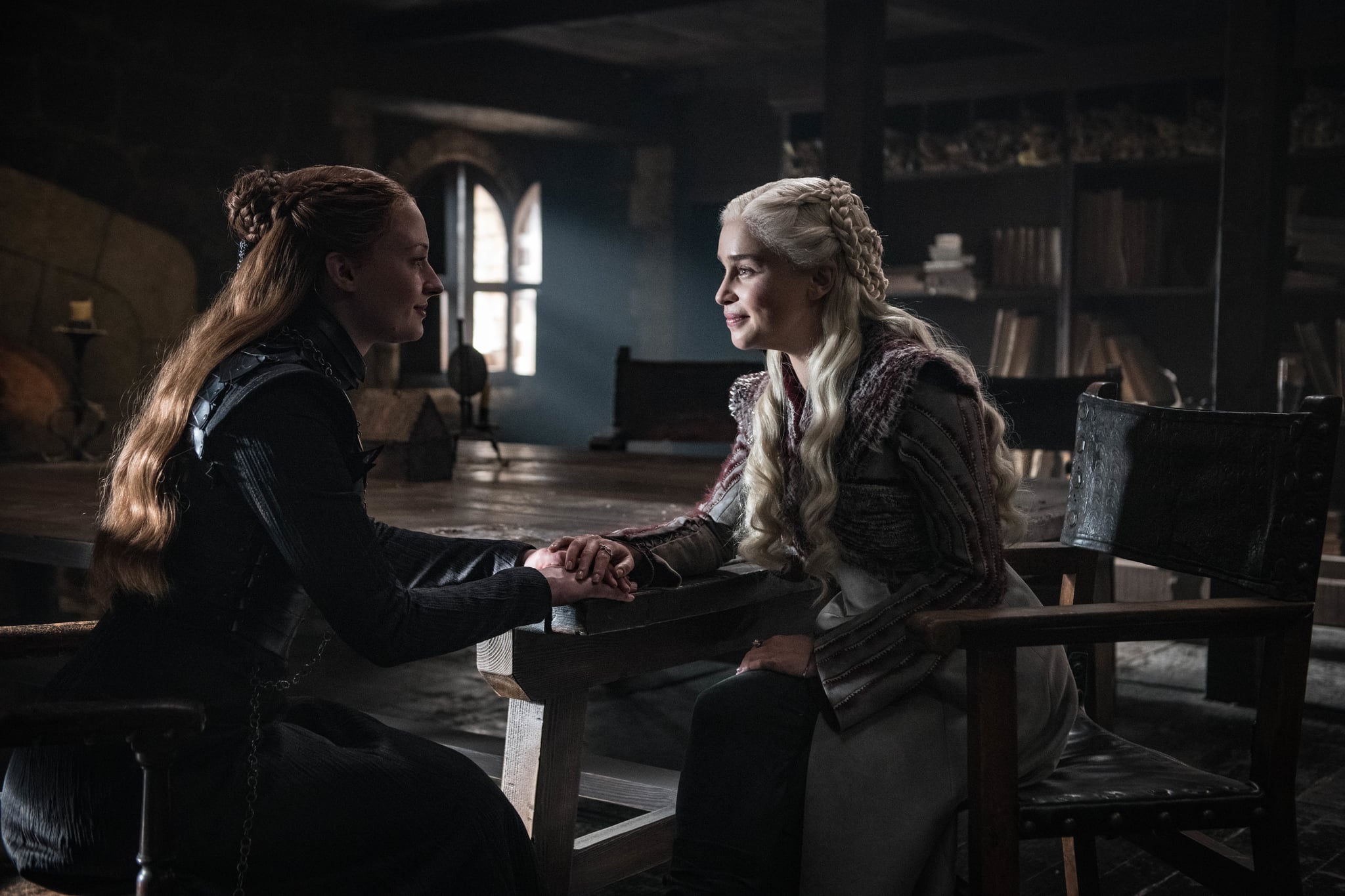 Warning: spoilers ahead for Game of Thrones!

After watching Daenerys go full Mad Queen during the penultimate episode of Game of Thrones, we have to wonder who's next on the hit list. Dany has already given into the notorious Targaryen paranoia, and without her advisers and best friends to temper her worst instincts, it's only going to get worse. There are very real threats to Dany successfully ascending the Iron Throne — namely Jon being the last male heir of House Targaryen and the rightful ruler — but we don't believe that killing Jon is at the top Dany's to-do list. Given the way season eight has unraveled, we think she'll be coming for Sansa now that King's Landing is decimated.

Dany has known since the first moment she stepped foot in The North that she's unwanted, and no one makes that more clear than Sansa. She's is a formidable foe, one who has been working on a plot to get rid of Dany since she found out Jon bent the knee. Of all the characters, Sansa is making some of the most calculated moves in the final season (Cersei and Littlefinger taught her well). Sansa has worked hard to instill distrust among her people through epic side-eye, questioning everything Dany says and does, then ultimately setting game-changing wheels in motion by telling Tyrion about Jon's parentage.

Contrary to what some fans have said, Dany's Mad Queen act is far from out of character. In the very first season, she watches dispassionately as Khal Drogo dumps molten gold over her only living relative. Dany repeatedly burns to a crisp those who do not bend the knee (so long, Tarly family). While she is the Breaker of Chains to the many slaves in Slaver's Bay, she also leaves devastation in her wake. This is not something that has escaped Sansa's notice; the Dragon Queen has a reputation that precedes her. This is similar to the way it is in the books, but one huge difference between the show and the books is that Dany is actually a very young girl and not a grown-up woman. In both versions, however, Dany comes across as more of a conqueror than a liberator. Both Tyrion and Varys try to warn Dany about the public's perception of her to no avail. Even Sansa tries to explain the North to Dany, but it falls on deaf ears.

The tension between Dany and Sansa in "A Knight of the Seven Kingdoms" and "The Last of the Starks" is not just another glaring example of how powerful women in media can't get along — Sansa is unequivocally Dany's rival at this point. These two are prime examples of two very different political sides: Dany feels entitled to the Iron Throne because of her name; Sansa feels someone who actually knows the people should rule. Without pledging absolute loyalty to Dany (we all know Sansa will not bend the knee), Sansa has a huge target on her back.