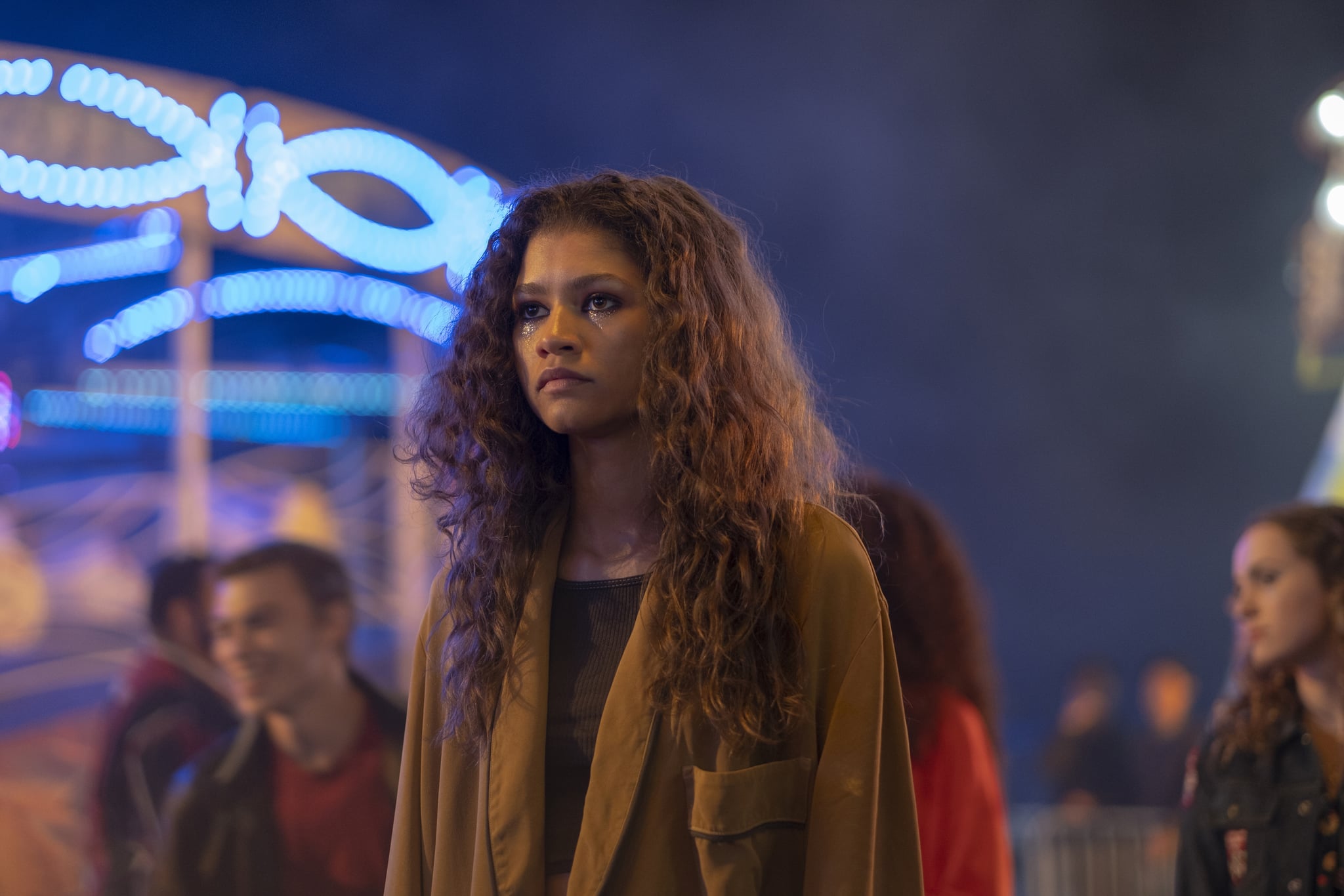 None of the characters on HBO's Euphoria are exactly healthy, and that goes double for protagonist Rue, the newly clean teenage addict at the centre of a group of seriously messed-up teens. Aside from her addiction, the show has mostly steered clear of talking about her mental health — until now. In a flashback, we see a psychologist who saw Rue as a child suggest that she could potentially have bipolar disorder. Is that diagnosis what's affecting Rue in the present day?

The show doesn't fully label a current diagnosis for Rue, although viewers who paid close attention in the pilot episode might recall allusions to her being bipolar as well. As she goes through a cycle of manic and depressive episodes — one side effect of which is her figuring out most of the truth about Tyler, Nate, and Jules — she begins to muse on her bipolar disorder after all. Rue seems to view her mental illness with some disgust, as she refuses help until she's almost physically incapacitated, but she does score a small victory: she doesn't give into temptation to self-medicate, even under a high-pressure situation at Fezco's place.

"Bipolar disorder, also known as manic-depressive illness, is a brain disorder that causes unusual shifts in mood, energy, activity levels, and the ability to carry out day-to-day tasks. There are four basic types of bipolar disorder; all of them involve clear changes in mood, energy, and activity levels." One of the signature symptoms of the disorder is a pattern of intense emotions and ups-and-downs.

"People with bipolar disorder experience periods of unusually intense emotion, changes in sleep patterns and activity levels, and unusual behaviours. These distinct periods are called "mood episodes." Mood episodes are drastically different from the moods and behaviours that are typical for the person. Extreme changes in energy, activity, and sleep go along with mood episodes," NIMH describes. The organisation also cautions that bipolar disorder is still present even when symptoms are less extreme, and that, since bipolar often co-exists with other mental and/or physical illnesses, a proper and thorough diagnosis is crucial to successful treatment. With Rue hitting a major low point in the most recent Euphoria episode, it will be interesting to see how (and if) the series depicts her seeking treatment.