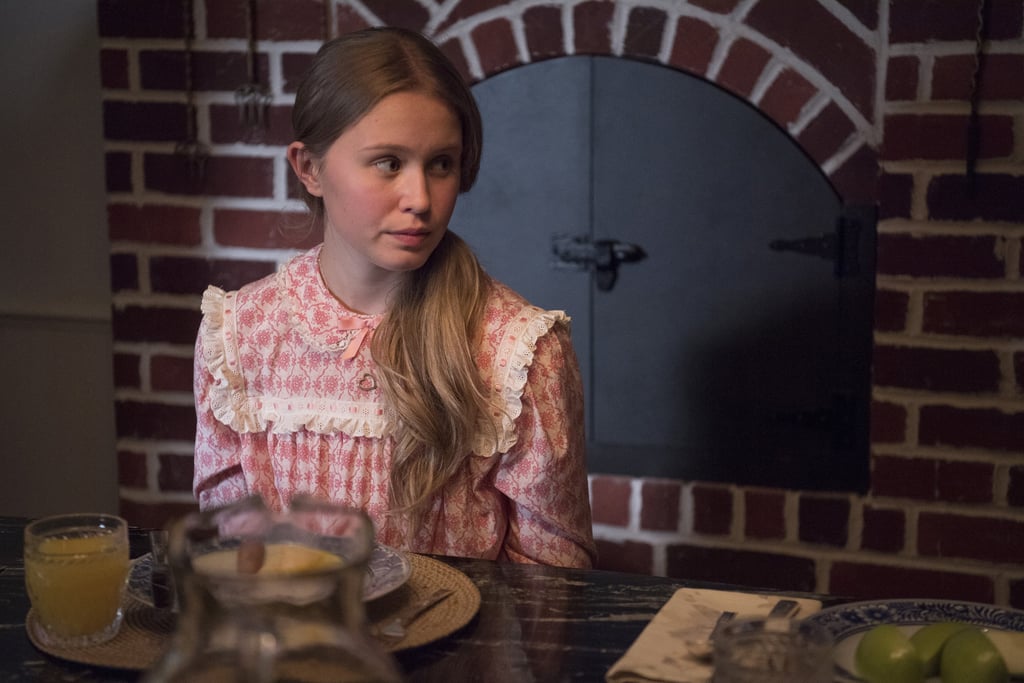 If you've been watching HBO'c chilling miniseries Sharp Objects, then you're well aware that something seedy is going on in Wind Gap, Missouri — and something even seedier is going on in the Preaker-Crellin household. Protagonist Camille has family issues that make your average dysfunctional clan look like The Brady Bunch, and one of the most mysterious leaves of Camille's family tree is her younger half-sister, Amma.

Amma Crellin — a two-faced teen who plays her narcissistic mother Adora's baby doll by day and hell-on-wheels (literally, thanks to roller skates) high school bully by night — is precisely the sort of "love to hate" character we haven't seen since Joffrey on Game of Thrones. Whether she's throwing a childlike fit about imperfect upholstery in her remarkably spooky dollhouse, taking unsettling pleasure in observing nursing piglets being raised for slaughter, or sticking a lollipop in her older sister's hair after publicly berating her, Amma's loathsomeness grows with every passing episode of Sharp Objects; and we have the feeling it's just getting started.

Just as fans couldn't tear their eyes away from Joffrey's cruelty and poor decision-making on GOT, they simply can't get enough of Amma's chillingly manipulative antics. Ahead, share in the multitude of possible reactions toward Amma's character on the show so far . . . you won't know whether to fear her, loathe her, admire her, or a mix of all three!