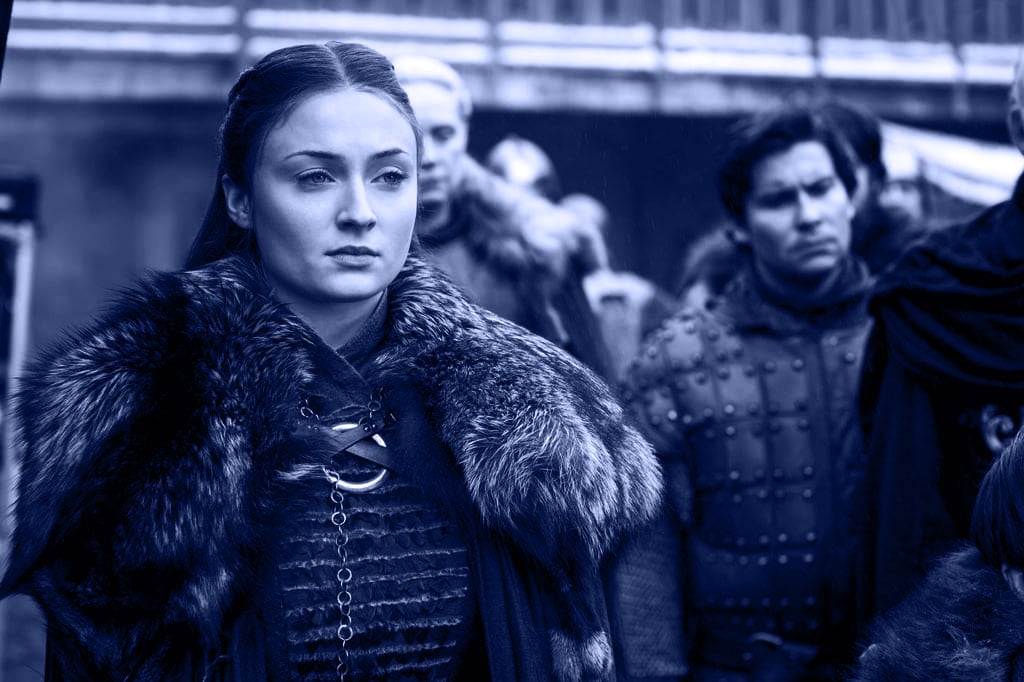 Game of Thrones MVP: 5 Moments From the Season 8 Premiere That Prove Sansa Stark Is a Boss

Welcome to Game of Thrones: MVP of the Week, a new feature in which we crown the character who stands out most during each episode of season eight. The MVP may have had the most kills, the best monologue, or died the most heroic death. (Hey, we're just covering all our bases!)

The final season premiere of Game of Thrones started off with a castle-full of drama, intrigue, and a healthy dose of pettiness. The Dragon Queen arrives in Winterfell and the preparations for the Great Battle are underway. Considering that almost every main character from the last few seasons has some stellar moments in the premiere, you would think it would be hard to pick one who should own the title of "Most Valuable Player," but there is one clear winner claiming the throne for this week: Sansa Stark, Lady of Winterfell.

Now I can already sense the side eyes and the hurt feelings, but there's just no denying that the eldest daughter of House Stark comes for people's necks in the premiere. She takes no sh*t from her special guests and doles out zingers like she's serving House of Frey pot pies. It's amazing to see Sansa — who is now firmly established and comfortable with her place as a leader for her people — speak with folks who haven't figured out that she's not a shallow little girl anymore. She has no problem asking the hard questions, forcing people to realise they aren't as smart as they think they are.

Keep reading to see the many ways Sansa Stark comes out on top during Sunday's episode and, once you've finally converted to Team Sansa, check out all the other major moments from this season premiere!

Related:
Game of Thrones Fans Can Practically Taste the Tension Between Sansa and Daenerys
Previous Next Start Slideshow
Game Of ThronesTV