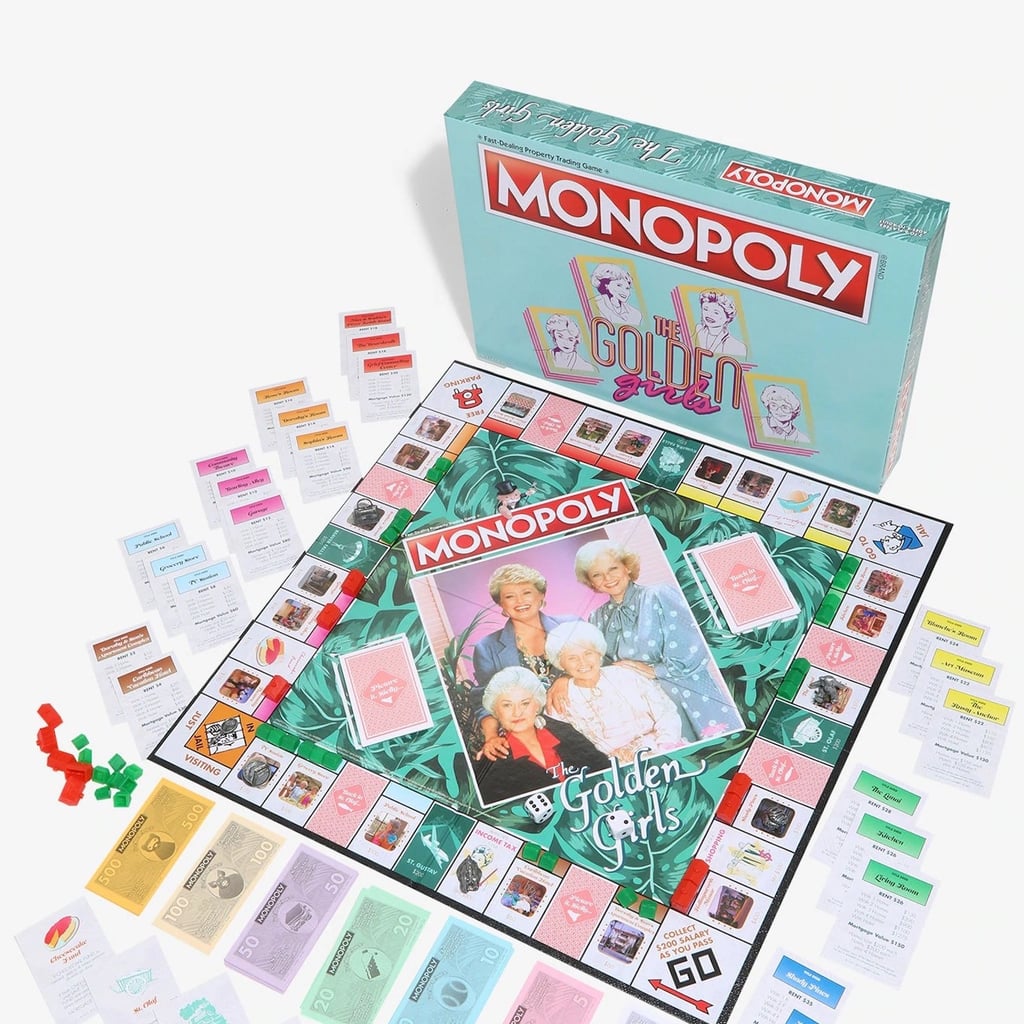 You Need to Hear This Today: Golden Girls Monopoly Exists!

Still marathoning through episodes of The Golden Girls? You might want to grab some cheesecake and a few of your best girlfriends, because there's something important I have to share with you. A Golden Girls monopoly game exists, and I don't know about you, but I'm currently wondering where this has been all my life.

Golden Girls Monopoly ($31) introduces a few twists on the beloved classic game. The rules are pretty much the same as those of the standard version, except that the properties and locations here reflect those that are frequently mentioned on the show, like Shady Pines and Hollingsworth Manor. It also comes with five custom tokens modelled after a handful of iconic props from the series like cheesecake, Sophia's purse, Rose's teddy bear, Blanche's hand mirror, and Stan's toupee. It's honestly the perfect game to play with your crew while you all argue about who's the Dorothy or the Blanche of the group.

The game is currently available to purchase at Hot Topic — but you might want to hurry to grab one, because they're selling out pretty quickly.

Related:
These Golden Girls Gifts Are So Good, Even Dorothy Zbornak Would Buy Them
Previous Next Start Slideshow
The Golden GirlsGamesShoppableEntertainmentTV

Shoppable
This £18, Beginner-Friendly, Self-Tanning Butter at Boots Gave Me a Beautiful Glow
by Jessica Harrington 3 days ago