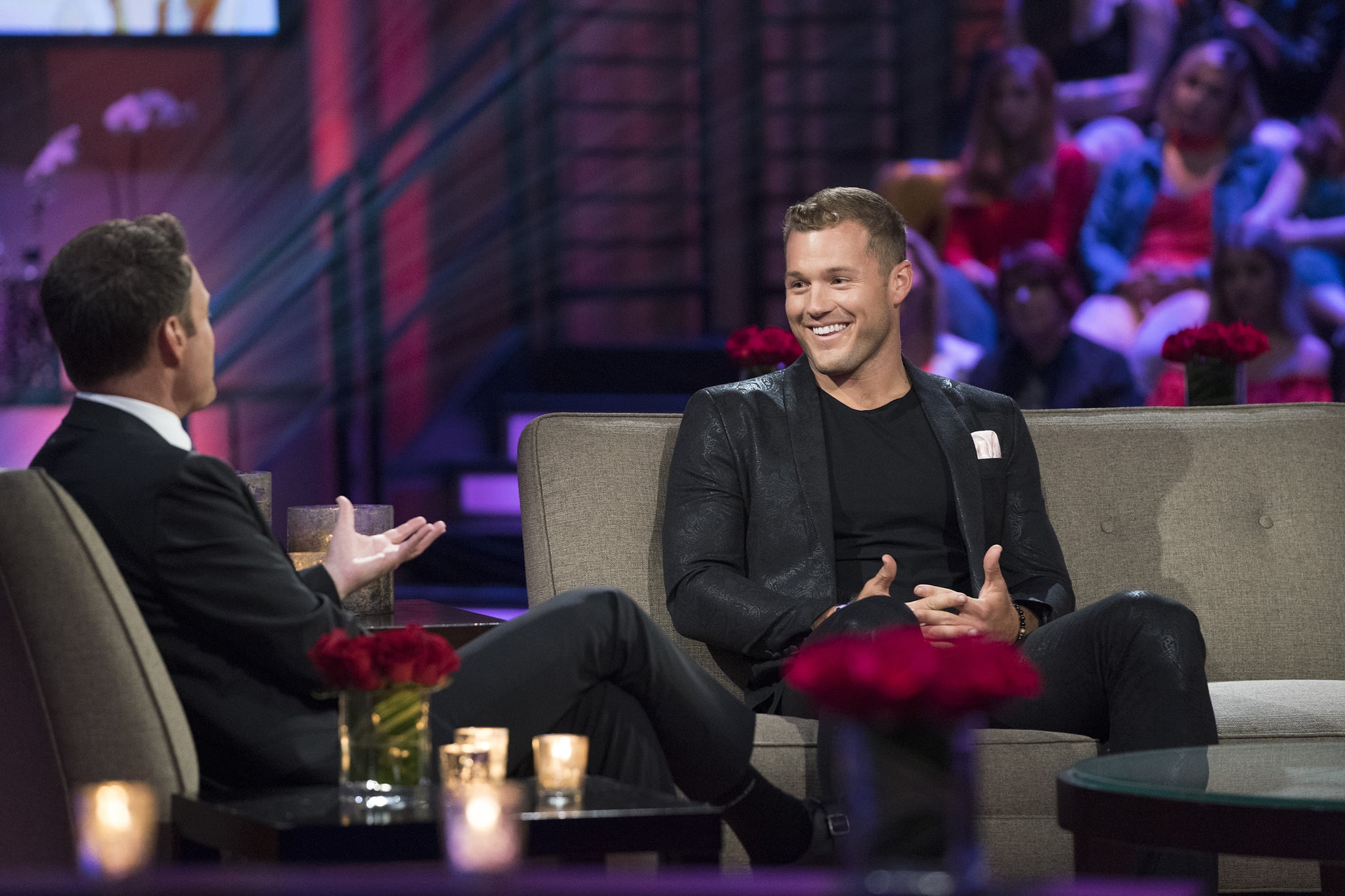 You know the story. Boy sees girl in a photo, boy requests girl on Instagram, girl DMs him, and romance begins.

Oh, you don't know that story?

Well, please, let us enlighten you with the story of Tia Booth, a contestant on Arie Luyendyk Jr.'s season of The Bachelor (and friend to Bachelorette star Becca Kufrin) and Colton Underwood, a contestant on Becca's season of The Bachelorette. As we are now painfully aware, the duo had a little fling before Colton's time on The Bachelorette. The relationship ultimately led to his breakup with Becca, and now both Colton and Tia will be joining a new batch of people looking for love on Bachelor in Paradise. Will they fall for each other again, or will the tension be too much for them to handle? In case you need a concrete timeline, we have it right here.

According to Colton, when he tried out for this season of The Bachelorette, the producers showed him three photos of women in order to figure out which was more his type. He picked Tia, he said, and decided to follow her on Instagram upon leaving. A few days later, he noticed she followed him back when she began liking things he posted. Then, he said, he posted something and she DMed him in order to confess her mutual affection. The duo started talking before Colton knew he was in the running for the season and before Tia knew that she wasn't going to be the next Bachelorette. However, according to Colton, the couple had an understanding that if either of them were cast, they were going to go for it, no matter what happened to the other.

Fast-forward and Colton was cast as a contestant while Tia was left high and dry. However, the relationship was brought up at the very beginning of the season to Becca, who decided that since it seemed to be over, she would give Colton a fair chance to win her heart. Until, that is, Tia had something to say about it.

As the group of men vying for Becca's heart became smaller, and Colton seemed to make it through rose ceremony after rose ceremony, Tia felt that she couldn't stay quiet anymore. While sitting with friends from Arie's season, Becca began gushing about the guys, and Tia asked to take her outside. There, Tia confessed that she still had feelings for Colton and that she couldn't stand back and do nothing — she had to go with her gut and her heart. While the confession was controversial, it ended up being the right thing for all parties involved, as it brought Becca one step closer to the man who would be her eventual husband.

The Ending For Colton

At the end of the day, we have a pretty good estimate that the relationship between Tia and Colton basically lasted a few weeks (including one very memorable weekend). We know Colton is a virgin, so there was no hanky-panky. However, Becca couldn't get past Tia's confession, and she let Colton go on his merry way . . . all the way to paradise . . . where Tia is.

Image Source: ABC
Bachelor In ParadiseThe BachelorTV
Around The Web